Jonas Brothers fans went wild when the threesome unveiled their surprise reunion on Thursday, releasing a new single and video entitled Sucker. But while everyone was talking about the siblings' major comeback, we were obsessed with the clip which gave us all a glamorous look at the "Jonas Sisters" – the brothers' partners, Priyanka Chopra, Sophie Turner and Danielle Jonas. The fun Alice in Wonderland-like video, which was filmed in England, begins with Joe Jonas' fiancée Sophie and Danielle, who is the spouse of eldest sibling Kevin, watching the trio perform live inside a castle-like setting. Quantico star Priyanka, who married Nick Jonas last year, then comes into the scene, sexily cozying up to her new husband at the mic. 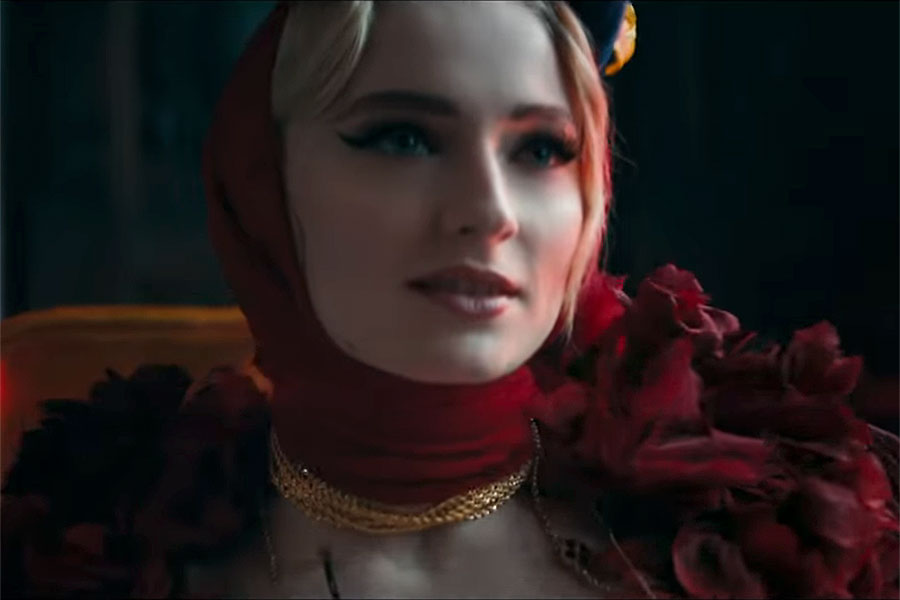 As the group's mansion party progresses, they indulge in a tea party, raucous dancing and even take a bath in separate bubble-filled tubs outside as they drink cocktails and suck lollipops.Things then take a sexy turn as each of the couples head in separate directions, with Priyanka and Nick enjoying a passionate kiss in a flowered archway, Sophie watching and smoking a cigarette as Joe hangs from the ceiling by red tape, and Danielle flashing a coy glance to the camera as she heads into a bedroom with Kevin. "We really had the best time shooting this video in England with our family," the trio announced on Instagram. Hope you guys love it. Feels good to be back."

Priyanka had earlier expressed her excitement about the Jonas Brothers' musical comeback, sharing the cover art for single Sucker and writing: "And yes they’re back…and may I say… hotter than ever. So proud of the family #Sucker#JonasBrothers #MidnightET." 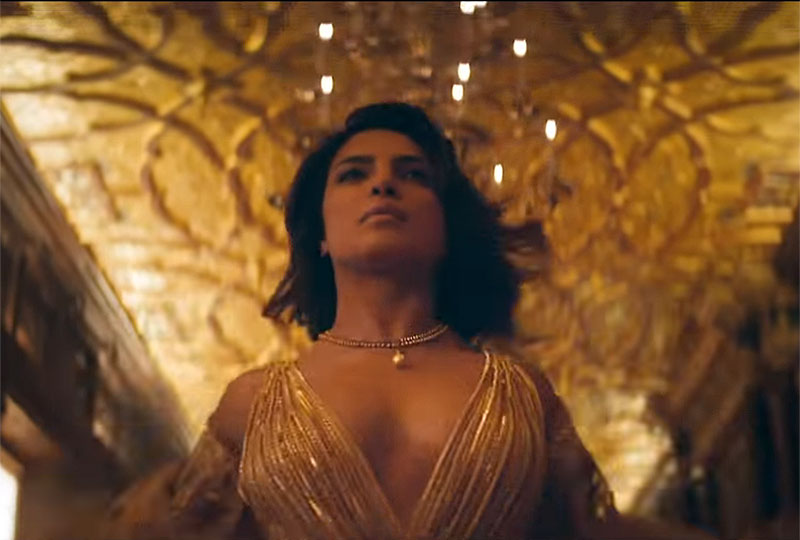 Quantico actress Priyanka, who wed Nick Jonas last year, also has a co-starring turn in the clip, which marks The Jonas Brothers' first new music in a decade

Sophie, meanwhile, posted the album's cover art with the caption, "They're back baby." Hours later the actress confirmed the family nickname for the brothers' partners – Sophie, Priyanka and Danielle – by sharing a clip of the brand new video and including the note: "#suckervideo out now by @jonasbrothers (featuring the j sistas) @daniellejonas @priyankachopra". We stan!