Things are burning up for Joe Jonas in the relationship department! The DNCE frontman and Game of Thrones star Sophie Turner cozied up over the weekend during a friend's wedding in Malibu. Joe, 27, and Sophie, 20 – who plays Sansa Stark in the hit series – joined Joe's brother Nick Jonas and a group of friends for some photo booth fun during the California nuptials. 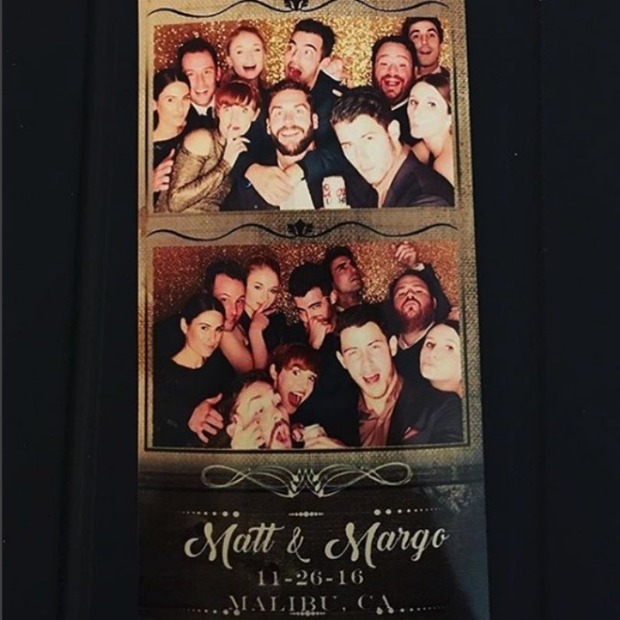 Joe and Sophie attended a wedding in Malibu over the weekend Photo: Instagram/@nickjonas

"About last night," Nick, 24, captioned the picture from Saturday that showed the group – including Joe and Sophie, who stood next to each other – goofing around in front of a gold backdrop.

ALL THE COUPLES WHO CONFIRMED THEIR ROMANCE VIA INSTAGRAM

Another friend from the wedding posted a photo of Joe, Sophie and Nick the following day. Joe is holding an adorable little girl in his arms in the snap, which is captioned: "ZaZa was chilling with Sansa Stark when these Jonas Brothers moved in on her convo. But she was like, 'y'all can hang with us.' #petrofftothealtar."

ZaZa was chilling with Sansa Stark when these Jonas Brothers moved in on her convo. But she was like, "y'all can hang with us." #petrofftothealtar

While Joe didn't share a picture featuring his new leading lady on his social media accounts, he did post a photo with Nick and two other friends from the wedding "Broos."

The new couple, who a source tells HELLO! started dating after meeting through mutual friends, have been spotted out in both Amsterdam and New York City this month. Sophie and the Cake by the Ocean singer also spent part of the Thanksgiving holiday together. 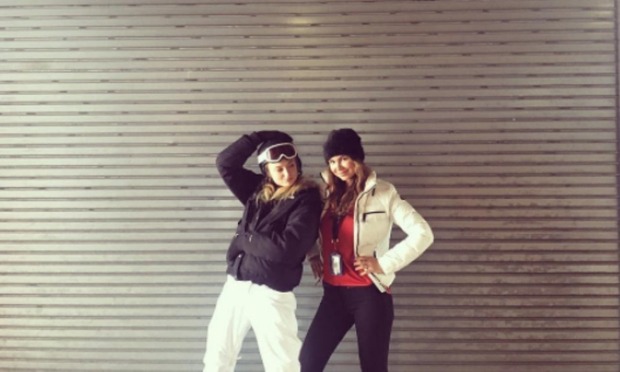 Sophie snapped a photo of her and a friend during the trip to Mammoth Lakes, California Photo: Instagram/@sophiet

Last Wednesday, Joe shared his holiday plans during his appearance on Live with Kelly. "Tomorrow, everybody flies in together," he told the daytime host. "We're going to pick our parents up and go skiing in Mammoth."

Nick shared a photo from the ski lift with his two brothers, Joe and Frankie, 16, giving a shout out to oldest jobro Kevin. Sophie took to her Instagram to show off her snow gear and travel buddy at Mammoth Mountain next to the caption "Salt n' peppaaaa."