Salma Hayek shared a hilarious moment with one of her superstar friends! During the 2019 BAFTAs in London on Sunday, February 10, the Mexican beauty was photobombed by none other than Roma director, Alfonso Cuarón. “Whilst I was taking a picture with brilliant Lebanese director @nadinelabaki who’s film Capernaum was nominated for best foreign film, brilliant Mexican director @alfonsocuaron was #photobombing us at the back,” she captioned the photo of the funny incident. 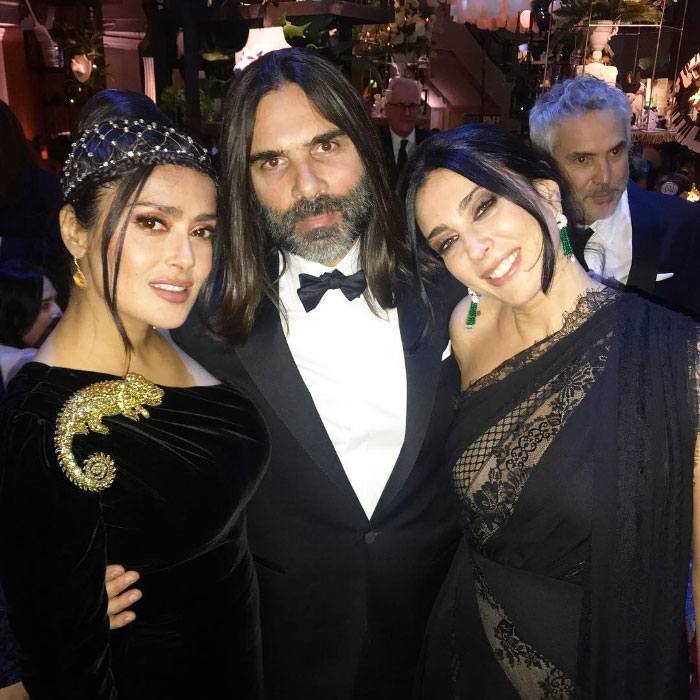 The photobomb wasn’t the only moment the 52-year-old shared with Alfonso. Salma posted a picture of her and the Roma creator sharing a sweet embrace, after she presented him with the Best Director Award. “Felicidades Mexico @roma @alfonsocuaron #bafta,” she captioned the candid shot. Salma and Alfonso’s friendship has spanned over decades. The Mexican stars both worked – Johnny Depp in Pirates of the Caribbean franchise. Salma’s daughter Valentina, ten, and Alfonso’s 15-year-old daughter, Tess Bu Cuarón are best friends.

Ahead of the big night, the How to be a Latin Lover star shared her excitement about the Alfonso’s award-winning film. “I was surprised because when I saw it. It was so personal to me,” she told Hey Guys. “My grandmother lived in that area and it was incredible. The actresses really moved me.” She continued: “I was so surprised to see how well received it’s been all over the world.” Roma took home the BAFTA for Best Director, Best Cinematography, Foreign Language Film and Best Film. The Netflix movie is nominated for ten Academy Awards.

MORE: The stars of Roma have royal meeting with Prince William at the BAFTAs 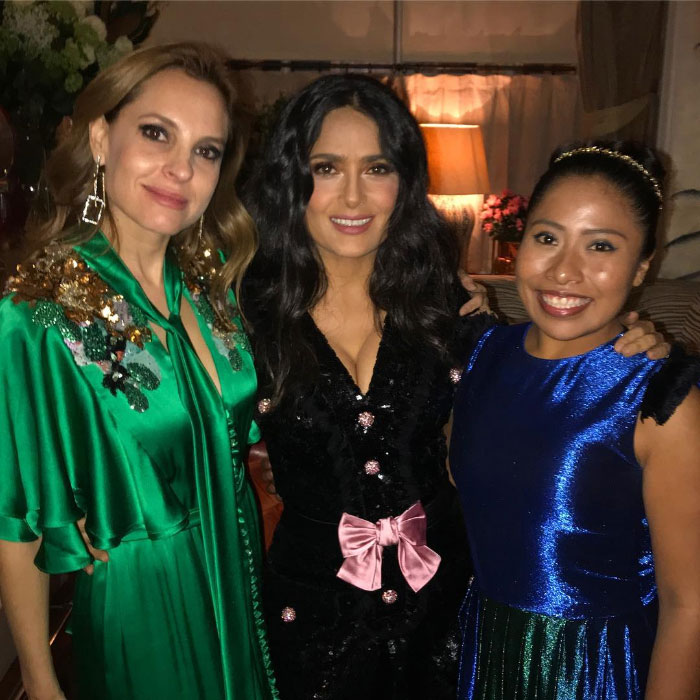 The Mexican actress has supported the Oscar-nominated film since its release Photo: Instagram/@salmahayek

Roma’s lead actress Yalitza Aparicio joins Salma as the second Mexican woman nominated in the Best Actress category. After the Oscar nominations were announced, the Frida star celebrated the breakout star. “In 2002 I became the first Mexican actress nominated for best actress.,” she wrote via Twitter. “I’m very moved that today I am no longer alone. Congratulations @yalitzaapariciomtz for your so well deserved nomination. I hope this time you win.