Millions of Mexican fans around the world celebrated Yalitza Aparicio’s 2019 Oscar nomination for the Best Actress category thanks to her gripping performance in Alfonso Cuaron’s Roma. Many celebrities were quick to congratulate the young actress, who hails from the Mixtec culture. One of the proudest was fellow Mexican actress, Salma Hayek, who now not only shares the same category with Yalitza, but who alongside Yalitza, has broken barriers by becoming one of only two Mexican actresses to be nominated for that category in the history of the Academy Awards. 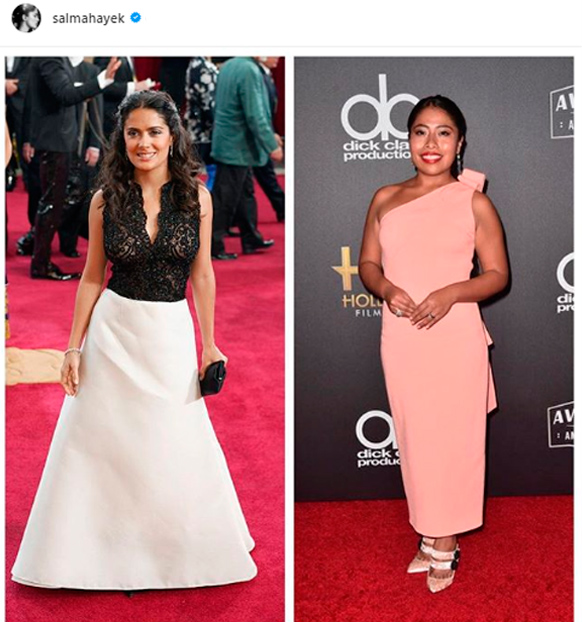 The Beatriz at Dinner actress took to Instagram to share an emotional message with a photo featuring both Salma and Yalitza standing over the red carpet on different occasions. She wrote, “In 2002 I became the first Mexican actress to receive an Oscar nomination in the Best Actress category. I’m very excited to know that starting today I am no longer alone. Congratulations Yalitza for your much-deserved nomination I hope that you do take the win this time.”

Yalitza competes for the Best Actress award alongside prominent actresses including Olivia Colman (The Favourite), Melissa McCarthy (Can You Ever Forgive Me?), Glenn Close (The Wife) and Lady Gaga (A Star Is Born). Glenn and Lady Gaga have both enjoyed a successful start to awards season as they shared the Best Actress nomination at the Critics Choice Awards. Furthermore, the Fatal Attraction star took home a 2019 Golden Globe award for Best Actress in a Drama. 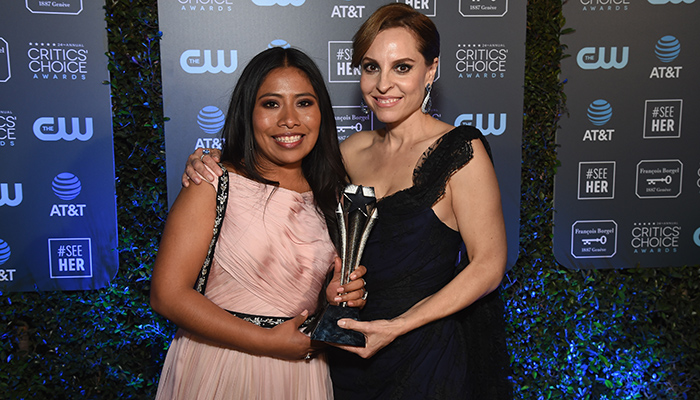 Reactions from the nominees

For both Yalitza and Marina, landing on the list of Oscar nominees was a complete surprise. Roma was sure to be named under said categories, but these two Mexican stars never imagined they’d be making history. Marina confessed to media outlets she could not believe the news of her nomination. “I’m at home in absolute shock, I really did not expect this, I’m being completely sincere, I did not expect this,” said the actress during an interview with Mexican news outlet, Despierta con Loret. 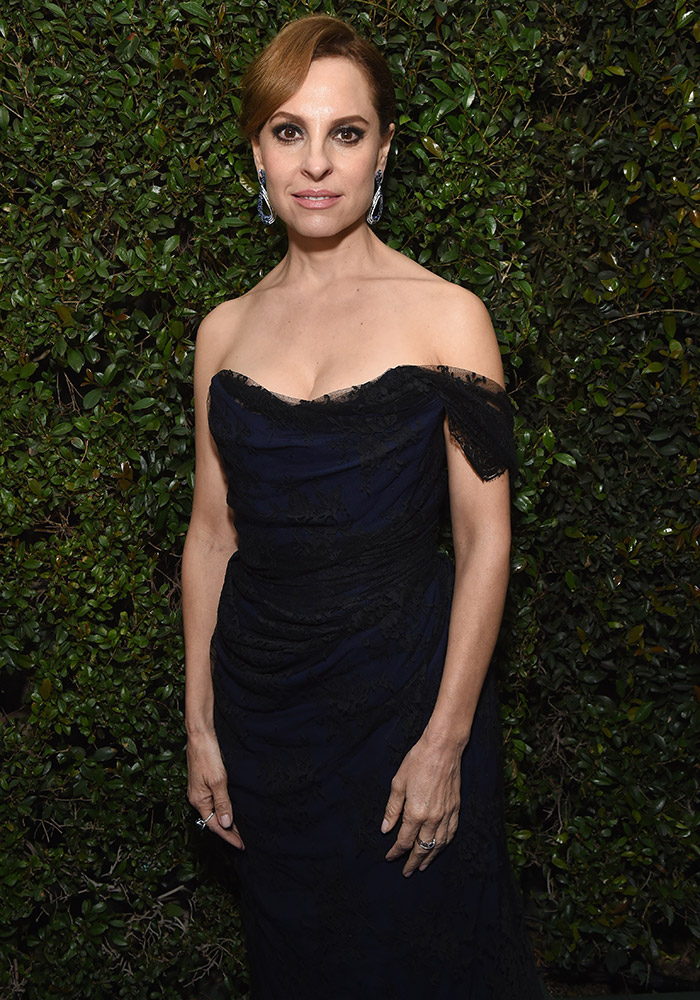 "I had zero expectations, I was expecting nominations for Yali (co-star, Yalitza Aparicio) – Yali, my love, congratulations, I love you. I was expecting nominations for Alfonso, for the movie, never for me. I’m in shock, is all I can say,” she said. "No I never expected this, I only wanted to pour my heart out into what Alfonso believed in me for.”

MORE: Eiza González reveals who she thinks should host this year's Oscars

Meanwhile, Yalitza shared a video to Instagram of the exact moment in which she’s given the list of nominees and her name appears. In the clip, which has more than 160 thousand views, one can hear Yalitza screaming with excitement.