The 91st annual Academy Awards Ceremony, better known as the Oscars, are right around the corner, but no host is in sight yet. Eiza González addressed the situation by taking to Twitter to share who she believes should host this year’s ceremony and why. The Welcome to Marwen actress shared a hilarious video of Jimmy Kimmel’s sidekick, Guillermo Rodriguez, at last year’s red carpet right before the Oscars. ”I say @iamguillermo should host the Oscars" she wrote. "Here’s why. @theacademy.” 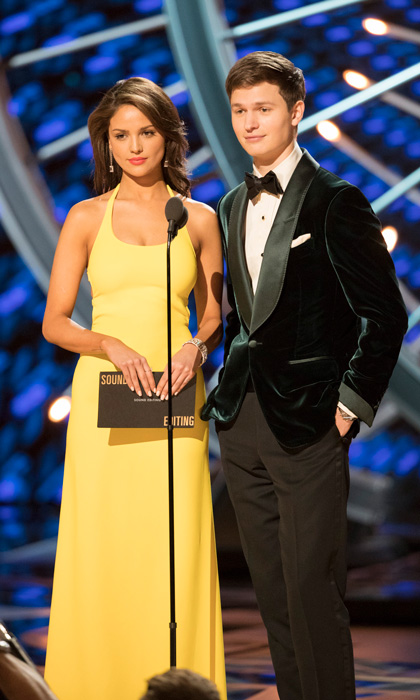 In the clip, Guillermo asks A-listers, including Oscar winner Allison Janney and actress Saoirse Ronan, to read his hilarious speeches out loud. He then asks Helen Mirren and Oscar Issac to sign his DVDs, even though they weren’t in the movies he's asking them to autograph. Guillermo eventually gets a few minutes with Eiza where he awkardly dips her and casually kisses her underarm. But the funniest part was yet to come as Guillermo suddenly pulled a bottle of tequila out from under his feet. The talk show personality gave Gael Garcia, Kelly Ripa, and Eiza herself a shot of the drink, which came directly from his shoes. That’s right – his shoes!

Eiza, who was a presenter alongside Ansel Elgort at last year’s annual ceremony spoke to HOLA! USA about her reaction to being named a presenter and attending the special event for the first time. She said, "It is an honor to have been considered, it's the result of a lot of work. I wasn’t expecting it, my job is to do what I love and this is a gift.” She added, “The fact of having been invited is something that I never imagined and for that I’m very grateful and humbled trying to take it in the best possible way."

The Mexican actress also stressed the importance of her identity. "It's a lot to digest," she said. "I feel completely proud of being a Mexican woman, an immigrant representing my country, especially the Mexican women.”