Billie Lourd is finding the funny following the tragic deaths of her mother Carrie Fisher and grandmother Debbie Reynolds. The 24-year-old, who has rarely posted on social media since their passing, took to Instagram on Tuesday, February 7 to update fans on how she's coping with her loss. Sharing a scenic photo of herself posing “#bythebayou,” the Scream Queens actress admitted that while she feels “blasé on the outside,” she feels “blessed on the inside.” Billie also noted that she is “#findingthefunny.”

Billie posted for the first time since January 25 Photo: Instagram/@praisethelourd

This isn't the first time the actress has spoken out about finding the funny. Last month, in the caption of a vintage photo of herself and her mother, she wrote, “If my life weren't funny then it would just be true and that is unacceptable." Billie added, “Finding the funny might take a while but I learned from the best and her voice will forever be in my head and in my heart.” The budding star’s mom died at the age of 60 on December 27, four days after suffering cardiac arrest on a flight from London to Los Angeles. One day after Carrie’s death, the Star Wars actress’ mother Debbie suffered a stroke and died a short time after. 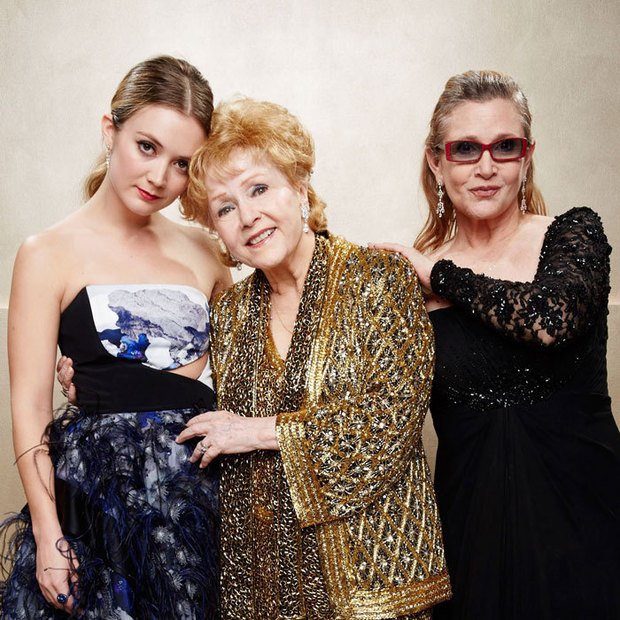 Billie lost her mom and grandma days after each other Photo: Kevin Mazur/WireImage

Less than a week after enduring the unfathomable tragedy, Billie broke her silence to thank fans for their messages of condolence. “Receiving all of your prayers and kind words over the past week has given me strength during a time I thought strength could not exist,” she wrote. “There are no words to express how much I will miss my Abadaba and my one and only Momby. Your love and support means the world to me.” A few weeks later, Billie traveled to Cabo San Lucas, Mexico with her Scream Queens co-star and boyfriend Taylor Lautner. At the time, the actor took to Instagram to share a photo of himself smiling and Billie flashing a double peace sign on vacation.