It’s been an extremely difficult few weeks for Billie Lourd after the passing of her mom Carrie Fisher and grandmother Debbie Reynolds. On the bright side, the 24-four-year-old starlet has a wonderful support system in her family, friends, fans and rumored boyfriend Taylor Lautner. 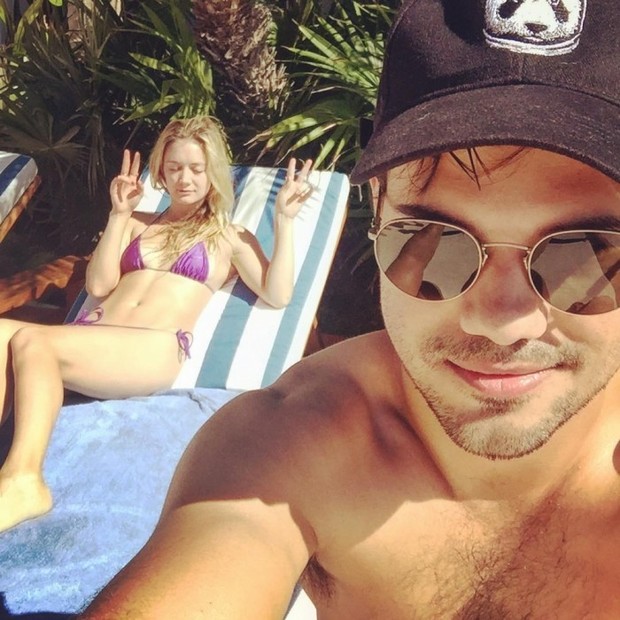 On Friday, Taylor took to Instagram to share a photo of the pair vacationing in Cabo San Lucas, Mexico. Drenched in sunshine, the snapshot shows the Scream Queen co-stars relaxing among the palm trees, with Taylor smiling and Billie flashing a double peace sign in the background.

Carrie Fisher’s daughter seems to be in a tranquil place, reclining on a lounge chair. Although their relationship has not been confirmed, Taylor has been by Billie’s side throughout this tragic time.


The Twilight star wrote a heartfelt message to her on December 27, the day of her mother’s death and a day before her grandmother’s. “This girl is one of the strongest, most fearless individuals I’ve ever met,” the 24-year-old actor wrote on Instagram. “Absolutely beautiful inside and out. I’m lucky to know you.” He ended it by writing, “love me.”

This girl is one of the strongest, most fearless individuals I've ever met. Absolutely beautiful inside and out. I'm lucky to know you @praisethelourd .. ❤️, me.

Billie is grateful for the support from not only Taylor, but from people all over the world. After both her mother and grandmother passed, she took to Instagram to thank everyone: “Receiving all of your prayers and kind words over the past week has given me strength during a time I thought strength could not exist.”

❤❤ Receiving all of your prayers and kind words over the past week has given me strength during a time I thought strength could not exist. There are no words to express how much I will miss my Abadaba and my one and only Momby. Your love and support means the world to me.

She later posted an adorable old photo of her and Carrie. “‘If my life weren’t funny then it would just be true and that is unacceptable,’ ” she wrote, first quoting her famous mother. As a final note, Bille added: “Finding the funny might take a while but I learned from the best and her voice will forever be in my head and in my heart.”