Barron Trump's life is about to change dramatically. On Friday, his father, Donald Trump, will become the 45th president of the United States, and as such, Barron and his mother Melania will be catapulted from relative anonymity onto the world's center stage.

While Donald and his older children have long been in the spotlight, very little is actually known about the youngest Trump family member. Here, HELLO! has everything you need to know about the newpPresident's ten-year-old son. 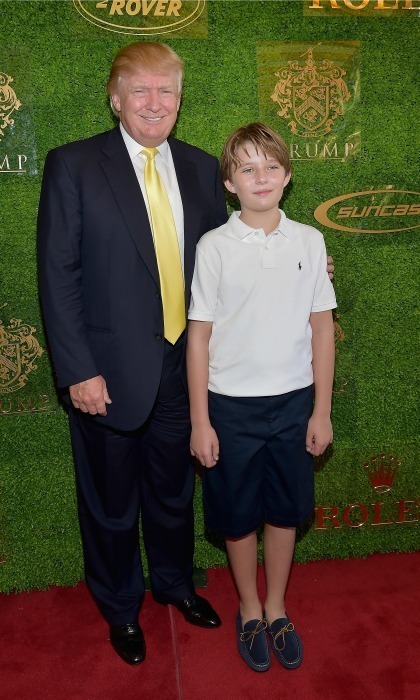 Barron Trump will be the first presidential son in the White House since 1963 Photo: Gustavo Caballero/Getty Images

1. He is the first presidential son in the White House in 54 years. Since 1963, only daughters have lived at 1600 Pennsylvania Avenue. Barron will become the first son since John F Kennedy Jr., whose father was assassinated in 1963, just before the boy's third birthday.

Ivanka Trump on if she will join Donald's administration

2. Barron is the youngest of Donald's five children. The new president has three children – Donald Jr., 39, Eric, 33, and 35-year-old Ivanka – with his first wife Ivana Trump, and a 23-year-old daughter, Tiffany, with second wife Marla Maples. He and Melania, who have been married since January 2005, welcomed their only child Barron in March 2006. 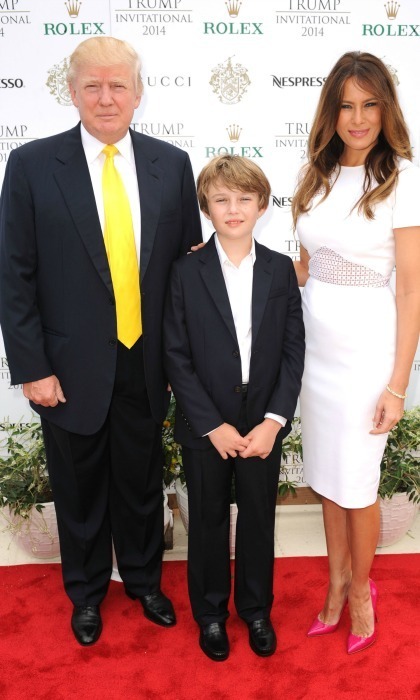 3. He is bilingual. Barron is fluent in both English and Slovene, thanks to his Slovenian mother Melania, who is herself fluent in five languages; Slovene, German, French, Serbian and English.

Ivanka is heading to D.C. with the help of her little packing buddy

4. He is enrolled at the prestigious Columbia Grammar and Preparatory School on Upper West Side of Manhattan. Barron's studies remain a priority for the family and, along with his mother Melania, he will remain at the family home in New York for at least six months following the inauguration so he can see out the rest of his school year without disruption. 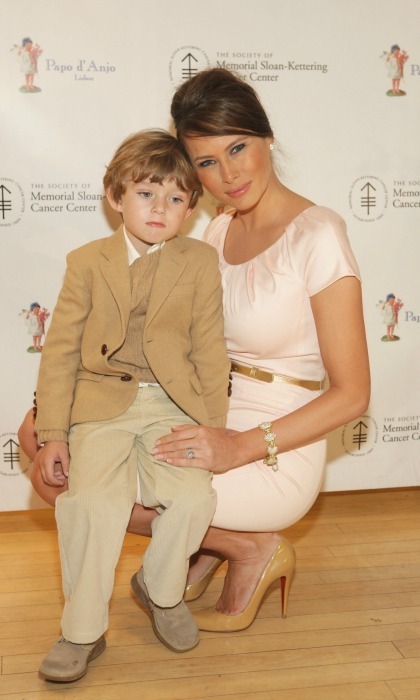 Melania has described her son as "very strong-minded" and "smart" Photo: Bennett Raglin/WireImage

5. Barron is just like his father. In an interview with parenting.com, Melania opened up about the similarities between Donald and his young son, revealing that she even refers to Barron as "little Donald."

Donald's long-time butler, Anthony Senecal, agrees. In an interview with Inside Edition, he recalled an incident that took place while he was serving breakfast to the youngest Trump. "When Barron was two-and-a-half years old I took his breakfast into him," he said. "He was sitting in his highchair and he looks at me and he said: 'Tony! Sit down! We need to talk!'" 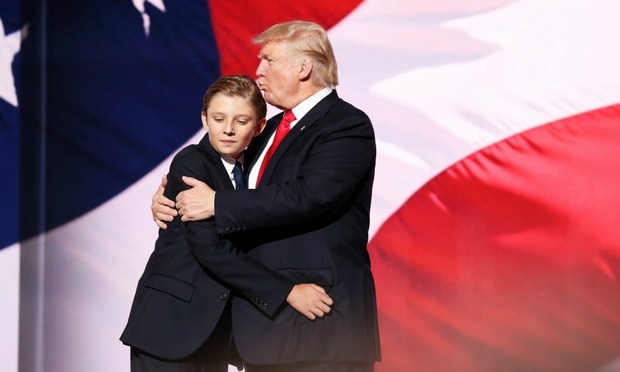 The ten-year-old is said to be just like his father Photo: John Moore/Getty Images

6. He is raised solely by his parents. Unlike most billionaire children, Barron has not been brought up by nannies or other staff, but rather by his mother and father. In a 2015 interview with People, Donald revealed that he and Melania do not rely on outside help, saying: "We keep it down to a minimum. If you have too much help, you don't get to know your children."

Melania, who kept her focus on Barron while her husband was out on the campaign trail, added: "I like to be hands-on. I think it's very important."

This designer says he will dress Melania Trump

7. He has his own floor at Trump Tower. While most ten-year-olds have their own room, Barron has the run of a whole floor. Melania revealed to parenting.com that her son's space incorporates the décor style of their home with whatever her son is into – namely planes and helicopters – but said Barron prefers to keep things "clean and white". That being said, she also revealed that Barron is allowed to draw on the walls in his playroom. 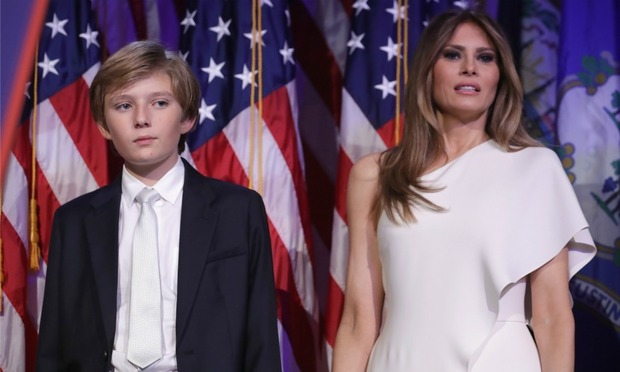 8. He moisturizes with caviar. In a 2013 interview with ABC News, Melania revealed that she applied Caviar Complex C6 to Barron each night after his birth. "He's not a sweatpants child. He doesn't mind putting on [a suit] but not every day," she further revealed. "And he likes to dress up in a tie sometimes like Daddy."