It’s the season of giving and Michael Jackson’s son Prince Jackson — Michael Joseph Jackson, Jr. — is doing his part to help disadvantaged children. The 19-year-old opened up in a rare broadcast interview about his Heal the World student organization, which was modeled after his late father's Heal The World Foundation.

The teen admitted to Entertainment Tonight that his father "is" the inspiration behind his charitable work on Thursday at the first annual Heal Los Angeles' Boys & Girls Club Christmas event, which featured visits from Santa Claus in addition to Disney characters. 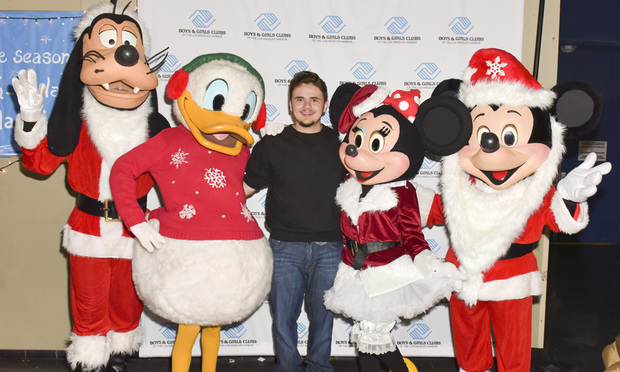 "When I was younger my dad always told me about how Disney was such a happy place and I grew up on the cartoons. And I remember when I was younger seeing Mickey Mouse and all of [the cartoon characters] and how happy I would feel and I know that was because of my dad," Prince shared. "It's good to know that I'm doing that for the kids."

When asked what his father would think of his own philanthropic efforts? Paris Jackson’s older brother replied, “I think he would be very happy.” The young activist "hopes to lead by example" with his hands on approach to helping others, he said, "not just for my siblings or my family members but also for the younger generations."


Prince, who is devoted to his charitable works and family, also shared, "I have a great sense of loyalty and devotion to my family," adding, "They inspire me and I hope I inspire them."

HOW STARS ARE CELEBRATING THE HOLIDAYS

The King of Pop's firstborn isn’t the only member of the Jackson family getting into the holiday spirit. Paris spread Christmas cheer on her Instagram account posting a fun-filled video. The 18-year-old showed off her pipes singing the classic tune It's Beginning to Look a Lot Like Christmas as she danced wearing a reindeer sweater, Christmas lights necklace and Santa Claus hat. Attached to the clip she wrote, “'tis the season.”