President Obama can thank his Canadian pal Justin Trudeau for his family's 2016 holiday card! White House Chief photographer Pete Souza shared that it was the Canadian Prime Minister who encouraged him to capture the special moment between the first family during the state dinner in March.

The photo then ended up as the first family's final holiday card. "A couple of months ago, the Social Office came to me and said they were thinking of using a family photo for this year's White House holiday card. So I thought of Justin Trudeau." Pete, who has photographed POTUS and his family for the last eight years explained in part via Instagram. 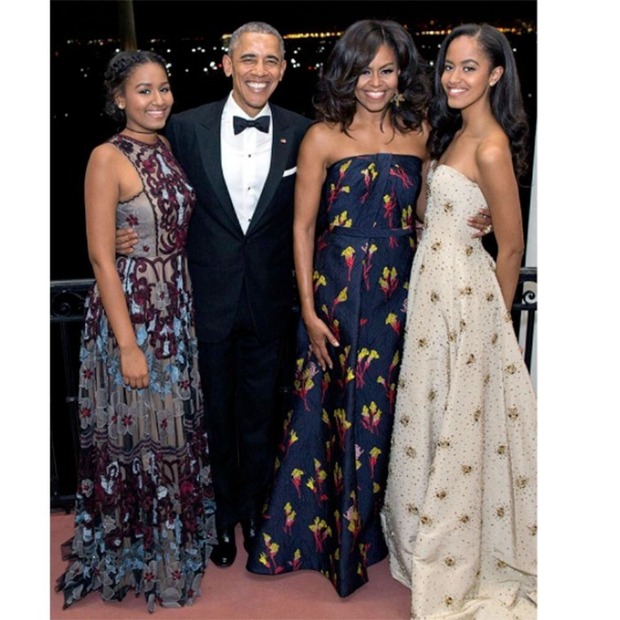 The first family's photo from the state dinner in March became their 2016 holiday card Photo: Instagram/@petesouza

Sasha and Malia are ready to be on their own

"Earlier this year we hosted the Canadian Prime Minister for a formal State Dinner. Malia and Sasha attended as guests. Before the dinner, I did a family photo in the White House residence. But later, when the Trudeaus arrived, the two families spent some time on the Truman Balcony with their respective delegations," he continued. "At one point, the Prime Minister asked if we could do a photo of he and his wife with the Obama family. Click, click, click. Then, he said I should do a photo of just the Obama's."

And then the moment happened: "I could have said, 'Sir we already did one before you arrived.' But instead, I clicked off a few quick frames. And lo and behold, it was this picture that Justin Trudeau asked me to take which everyone loved as the choice for the 2016 White House holiday card." 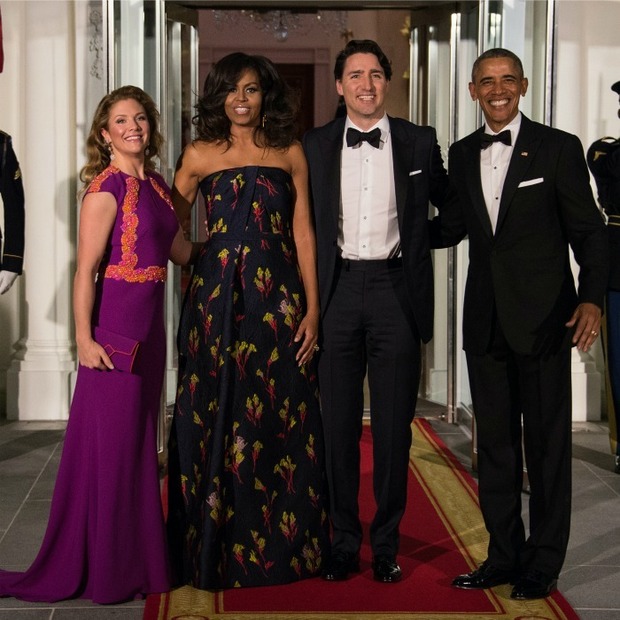 A LOOK INSIDE THE LAVISH STATE DINNER THROWN FOR JUSTIN

The first family released their final holiday card last week. The image shows Barack smiling as he stands in between Michelle, who wore a dress by Jason Wu for the occasion and their teen daughters Sasha and Malia, who both wore custom Naeem Khan.

The written note along with the photo, which was also a rare move to feature themselves on it, read: “As our family reflects on our many happy years spent in the White House, we are grateful for the friends we’ve made, the joy we’ve shared, and the gifts of kindness we’ve received. We wish you and your loved ones a joyous holiday season and a wonderful new year.”