It was a boys’ night out for Gavin Rossdale and his sons Kingston and Zuma Rossdale. The singer stepped out with his and ex-wife Gwen Stefani’s oldest children to the 4th annual Make-A-Wish Wishing Well gala in Los Angeles on Wednesday.

The trio looked sharp donning similar suits as they posed together on the carpet. Once inside the gala, Gavin treated audience goers to a performance, during which he proclaimed his love for his sons. 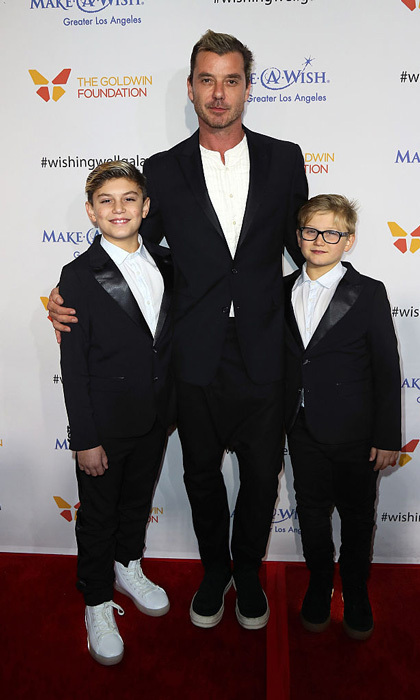 Kingston, Gavin and Zuma had a boys' night out in Los Angeles in matching suits but the boys accessorized in POP Shoes Photo: David Livingston/Getty Images

“Kingston and Zuma are here,” he told the crowd, before ending his performance with his band Bush. “My boys, I love you with all my heart.”

Gavin split from Gwen, the mother of his three sons — Kingston, ten, Zuma, eight, and Apollo, two — in 2015 after 13 years of marriage. Back in October, Gavin opened up about his divorce and prioritizing his kids. “Everyone has got to move on,” he told the Sunday Times. “I have an incredible life with [my kids] and that’s what matters,” the singer said. “You can’t keep up with all the vitriol. Just don’t get into all that.” 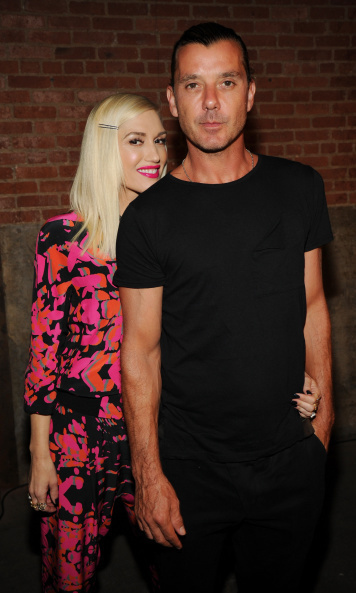 The singer split from the mother of his sons, Gwen Stefani, in 2015 Photo: Getty Images for L.A.M.B.

At the time, the 51-year-old also admitted that he hopes his young boys will avoid the same mistakes he’s made. The singer said, ”[They're the] better versions of me. I’m going to try and take all the things I’ve ever done wrong and keep them away from that."

Gwen Stefani on why her split was so hard

Earlier this year, Gwen hinted at why she and Gavin called it quits telling the New York Times, "If I could, I would just tell you everything, and you would just be in shock. It’s a really good, juicy story."