Gavin Rossdale has moved on from his high-profile divorce, and he thinks it’s time everyone else follows suit. The Bush frontman opened up in a new candid interview with the Sunday Times about his split from Gwen Stefani saying, “It's like enough already. I've got to move on.” The 50-year-old added, “Everyone has got to move on.” 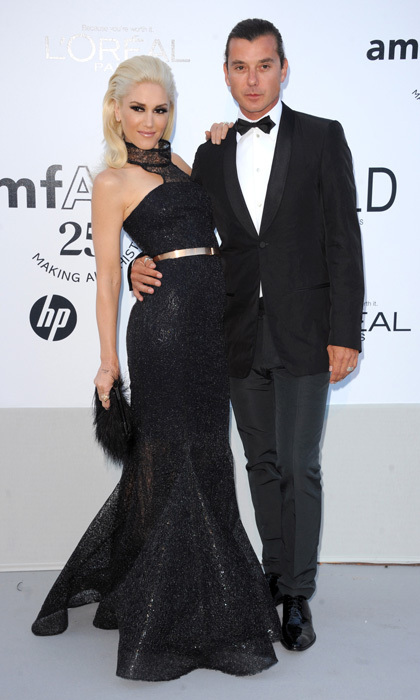 Despite the “pretty intense” media scrutiny that surrounded his divorce, the dad-of-four confessed that when it came to coping, "Somehow you have to put one foot after the other and make it happen." That also meant putting his kids with Gwen — Kingston, ten, Zuma, eight, and Apollo Rossdale, two — first.

"But, you know, for me, it’s just thinking about the boys and how to prioritize them," he shared. "I have an incredible life with them, and that’s what matters.”

Gwen Stefani on why her split was so hard

However, Gavin hopes that his young boys will avoid the same mistakes he’s made. The singer admitted, ”[They're the] better versions of me. I’m going to try and take all the things I’ve ever done wrong and keep them away from that."

Earlier this year, Gwen hinted at why she and Gavin called it quits telling the New York Times, "If I could, I would just tell you everything, and you would just be in shock. It’s a really good, juicy story."

Gavin Rossdale goes on a date with Tiger Woods' ex-wife

The No Doubt singer, 47, and the rocker split after 13 years of marriage in 2015. Since then, Gwen has moved on to dating her former Voice co-star Blake Shelton, whom she’s previously admitted “saved” her from her embarrassing divorce.

The country crooner was going through his own divorce from wife Miranda Lambert around the same time as Gwen's. “It was a really super unexpected gift to find a friend, somebody who happened to be going through the exact same thing as me, literally mirroring my experience,” the mom-of-three said. “I don't think it's an accident that that happened. It saved me."