Orlando Bloom stepped out on Tuesday evening to support his girlfriend Katy Perry at the UNICEF Snowflake Ball in New York City, where the Roar singer was honored with the Audrey Hepburn Humanitarian Award. 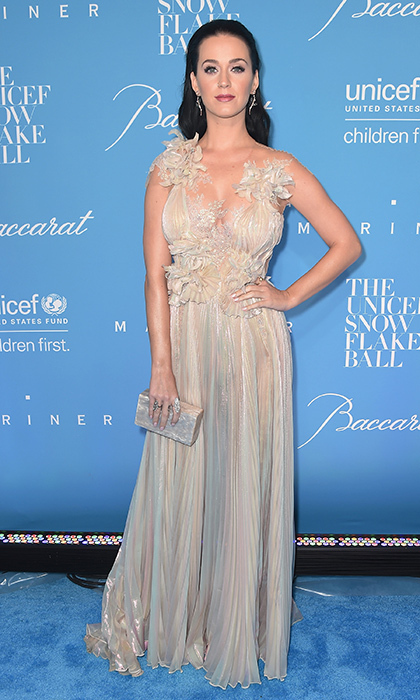 Katy opened up to Entertainment Tonight about the honor and having her actor-boyfriend of ten months by her side on the special night. "Well he was a previous award recipient last year, so he knows it better than I," she said. "He's been a UNICEF ambassador for over ten years – and I've only been a few years – so he's kind of shown me some of the ropes."

STARS WHO CONFIRMED THEIR ROMANCES WITHOUT SAYING A WORD

The 32-year-old continued, "Everyone is a teacher in a relationship, that's how I see it now, and we've taught each other a lot." 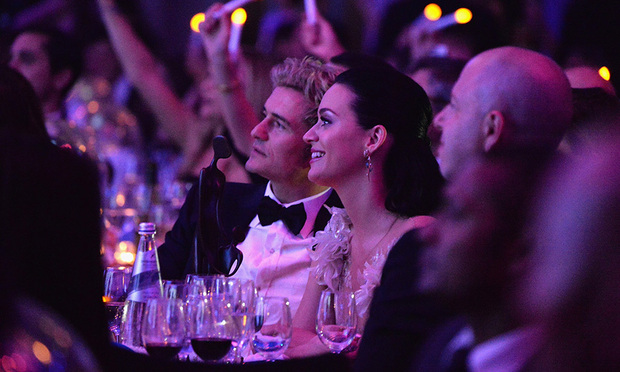 The couple were seated together in the audience at the annual gala Photo: Getty Images

Orlando wasn’t the only high-profile figure celebrating the Firework singer on November 29. Former presidential candidate Hillary Clinton made a surprise appearance at the Ball to award Katy – who campaigned for the Democratic politician – with her UNICEF award.

Hillary Clinton on the 'incredible joy' of being a grandmother

“On a personal level, I cannot tell you how delighted I am to be here to help celebrate… a global megastar, a social media queen with the most Twitter followers in the world – although she's getting some competition – and someone whose powerful voice and creative lyrics remind us when you get knocked down to get back up,” Hillary said. 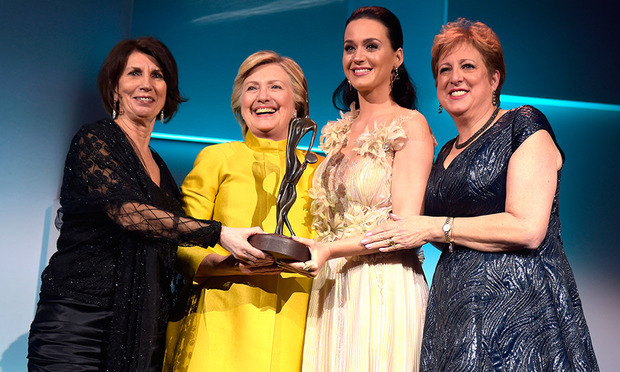 “I have seen Katy's commitment to the causes she believes in firsthand. I've gotten to spend time with her and I know how deeply she cares about making our world a better place," she continued. "[Katy] is serious about understanding the complex problems we face and pulling people together to solve them. We need champions like Katy now more than ever: her passion, her energy and, yes, her voice, louder than a lion.”

Katy Perry shares the one negative about dating Orlando Bloom

Katy was moved to tears by the former Secretary of State's surprise introduction. The recording artist said, "I've always had a voice, a singing voice, but I've never had a voice like I've had before... Hillary has lit that voice inside of me, and that light will never go out, it will continue to get brighter and brighter and brighter. Thank you Hillary."