While the world awaits Queen Elizabeth's approval of Prince Harry's romance with Meghan Markle, The Royals' Queen, Elizabeth Hurley, has given the couple her seal of approval.

"I've never met Prince Harry, but I met Meghan at an NBC event. I thought she was enchanting. I thought she was the nicest girl," the actress told E! News. "I think she's beautiful, glamorous, clever, talented. She'd be a breath of fresh air in the British royal family. I'm for it." 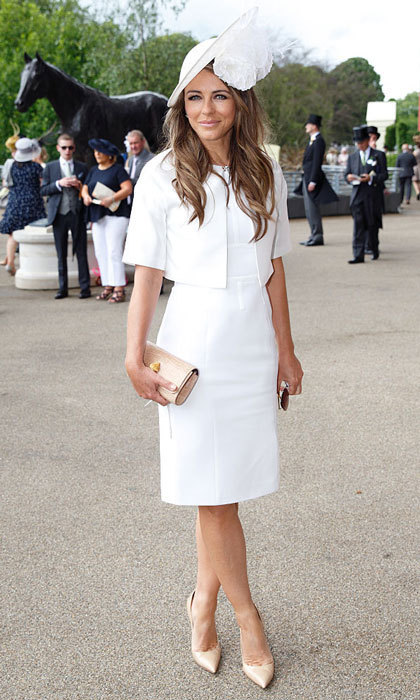 "She's the star of one of the hottest shows on television, she's got legions of fans and she seems in a fantastic position in her career," the 51-year-old added. "Her personal life now, she looks very happy. I wish her all the best."

Though the relationship is just a few months old, Elizabeth is already keen on seeing Harry and Meghan walk down the aisle. She admitted, "Personally, I'm rooting for a royal wedding. I think it would be fabulous. I'd be fully supportive of it."

A LOOK AT KATE MIDDLETON AND MEGHAN MARKLE'S SIMILARITIES

The pair secretly started dating over the summer after meeting through mutual friends. Harry confirmed his romance with the Suits star earlier this month. Not long after, Meghan visited her royal beau in London, where she was spotted stocking up on groceries and carrying them back to Harry's Kensington Palace home, Nottingham Cottage.

Harry and Meghan began their whirlwind relationship over the summer Photo: Getty Images

Prior to her royal relationship, Meghan confessed her love for British men to Esquire U.K. "I love how much men call you 'darling' here," she said during a 2013 interview. "I'm a sucker for a compliment."

Apart from the enchanting accent, the TV star is also a fan of the dapper style of men like the Duke of Cambridge’s younger brother. “I love how British guys dress for the cold,” she said. “I’m from L.A. so I'm used to seeing people in sunglasses and flip-flops. There's something so romantic about a man in a scarf and a knitted hat.”