When it come to parenting, Adam Levine is learning as he goes. The first-time dad opened up about his newborn daughter Dusty Rose Levine during On Air with Ryan Seacrest on Thursday.

“I’ve been a parent for three weeks; what do I know? I don't know anything, but it's kind of part of the beauty of it, honestly," the Maroon 5 frontman told the host. Though the 37-year-old noted, ”There are a lot of instincts, a lot of things that kind of kick in and switch on. It's a beautiful experience." 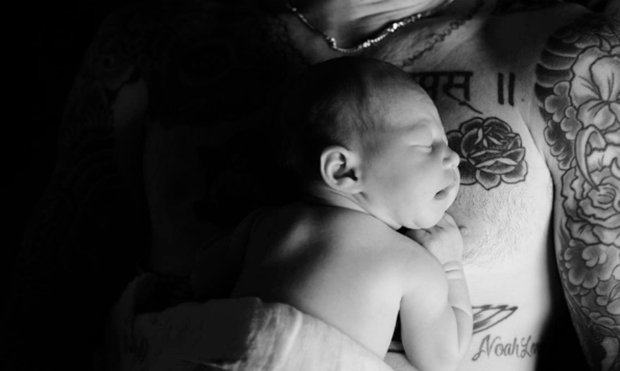 The singer and his wife Behati Prinsloo, who tied the knot in 2014, welcomed their daughter on September 21. Adam confirmed back in April that they were expecting their first child together.

Ahead of her birth, the Sugar singer revealed to Jimmy Fallon that having children had "always been part of the plan" and with a little girl on the way he admitted, "I'm so excited."

The new parents treated fans to a photo of their baby girl not long after her arrival. Both the singer and model shared a photo of Dusty sleeping peacefully on Adam’s chest. Attached to the photo, the Voice coach simply wrote, “Dusty Rose Levine 9/21/16,” while the Victoria’s Secret Angel captioned the tender father-daughter photo, “Words can't describe.”