Victoria's Secret has a new little angel. Behati Prinsloo and husband Adam Levine have welcomed their first child — a girl — on Wednesday, September 21 in California. The couple have named their daughter Dusty Rose Levine according to People.

The Maroon 5 frontman revealed the baby's gender earlier this year during an appearance on The Tonight Show Starring Jimmy Fallon. "It is a girl," the 37-year-old revealed to Jimmy Fallon. "So awesome." 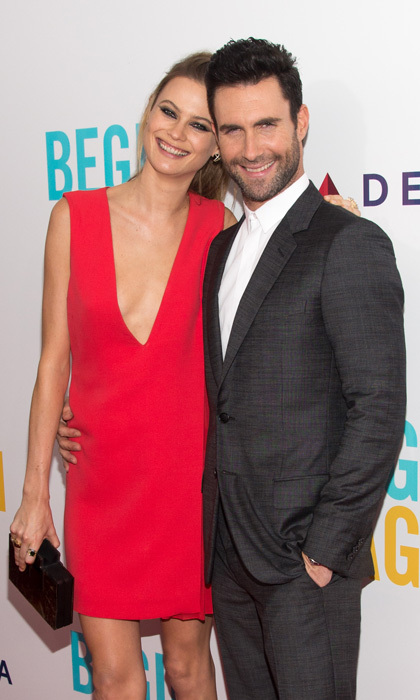 At the time, the singer admitted that having children has "always been part of the plan" and with a little girl on the way he said, "I'm so excited."

Adam confirmed that he and Behati, 27, were expecting their first child together back in April. The Voice coach shared the news on his Instagram account posting a photo of the expectant model wearing a Lakers hat, while lounging by a pool. He captioned the post, "My two favorite laker fans," along with a baby, bottle and basketball emoji. 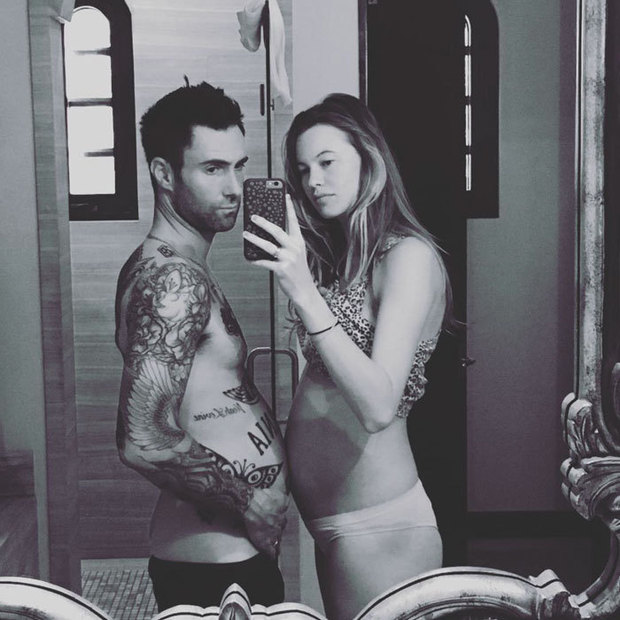 During the pregnancy, the Sugar singer admitted that he suffered from second hand pregnancy cravings. "I eat a lot of stuff," he shared. "[Behati's] eating a lot of watermelon, a lot of watermelon because, you know, you get random cravings for stuff," Adam revealed. "It's just like, so much watermelon!"