Like father, like son! Michael Phelps revealed that Boomer doesn't just like to watch swimming, he enjoys participating in the sport. The 31-year-old shared that he and Nicole Johnson's baby boy can't get enough of the water.

"He loves the water," the Olympic gold medalist shared during his appearance on the Ellen DeGeneres Show on Tuesday. "He absolutely loves the water. We have to heat it to a certain temperature so that he gets in it, like 85/86." 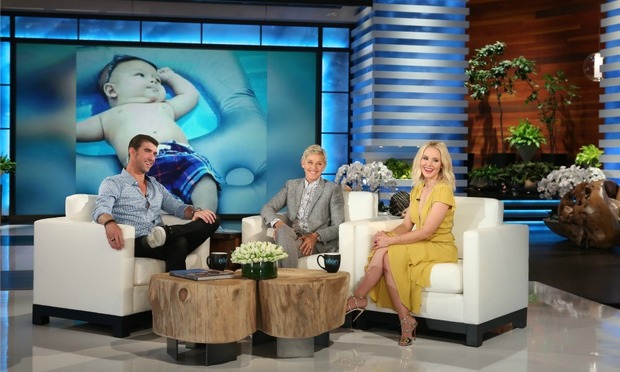 Michael says that Boomer is relaxed in the water Photo: Michael Rozman/Warner Bros.

He continued: "He just kind of flaps around. He's so relaxed in the water, so it will be fun looking forward to the future."

The talk show host flashed pictures of the four-month-old floating around in the family pool. Before he left, Ellen gifted Boomer with his own personal swimming pool complete with his own personal practice lanes. After his appearance on the show, Michael took to his Instagram to show Boomer's reaction to the fun gift.

"Thanks @theellenshow for having me on," he captioned the photo of him holding Boomer next to the pool. "So excited to get @boomerrphelps ready for #2032." 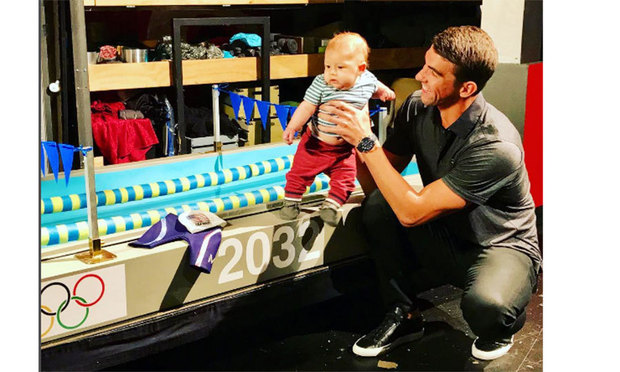 Boomer can get ready for the 2032 Olympic games with his new pool Photo: Instagram/@m_phelps00

After claiming Olympic victory in the 2016 Rio games, Michael, who decided to end his career after winning six medals in Rio, reflected on his journey to retirement. "It was a fun 20 years," he said after he was congratulated by the host and guest host Kristen Bell. "It started with a dream of being an Olympic champion and having that first opportunity in '04 and it kept building from there and they just kept on coming. Hard work does pay off."

Michael is the most decorated Olympian in history with 28 medals, 23 of which are gold, shared that you won't catch him with all of his medals, and you will never know where he keeps them. "I have probably seen them all together probably twice," he shared. "I never go out in public with these, it's just something that I've never done. They're in a secret place probably only two people in the world know where they are."

CLICK BELOW TO SEE MICHAEL TALK ABOUT BOOMER AND HIS MEDALS