“Ever since I’ve gotten back, it's been awesome to feel like I’m doing my daddy duty,” the champion swimmer revealed on the Today show, Monday. “I've got a diaper bag on my back. I’ve got a car seat in my hand.” 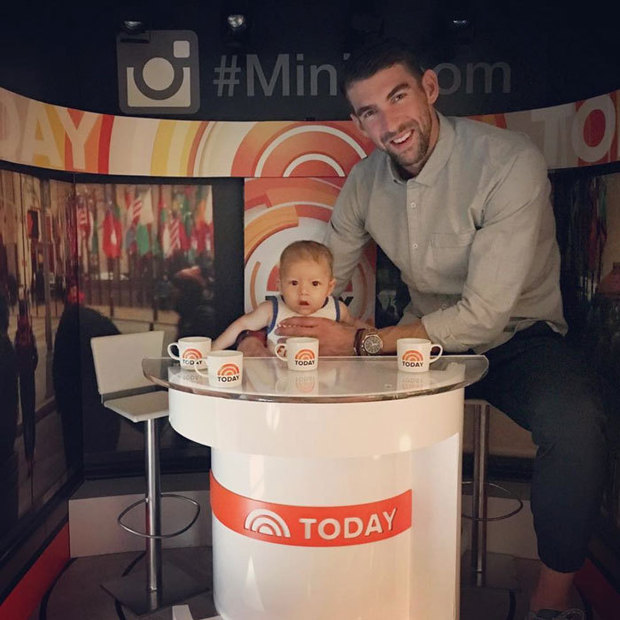 Michael added, “It's nice being back and being able to really spend time with him.”

Later in the day, the US athlete expressed his joy again of being able to spend time with his son and bride-to-be during a Facebook Live session with Sports Illustrated. "It's nice to be able to be around my family all the time," he said. "It's nice be able to have that time again."

Since retuning home from the summer games, quality father-son time has included dips in the pool. "Boomer went under [the water] for the first time like a week ago," the swimmer revealed. "He wasn't very happy with us. I had Nicole do it because I didn't want to get blamed for that. I didn't want him to remember me dunking him under, but he loves the water, he really does" adding, "[Boomer] loves to splash around."

Apart from enjoying the water, the little boy is already taking after his father's love for another sport. “He’s found a new love for football,” the dad-of-one said on Today. “Pre-season’s been coming on. So He’s been like glued to the TV.” 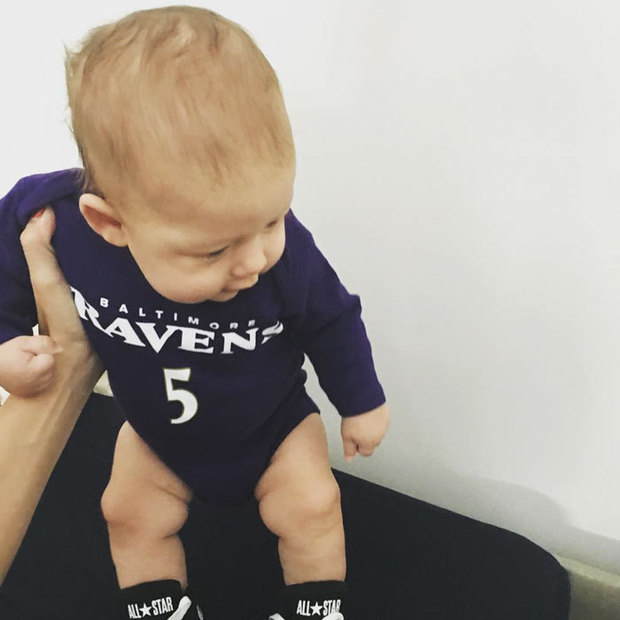 The 31-year-old and his fiancée Nicole Johnson welcomed their first child, Boomer, earlier this year in May. While only a few months old, the couple’s baby boy is already a social media star with over 500,000 followers on Instagram.

HIGHLIGHTS FROM THE 2016 MTV VMAS 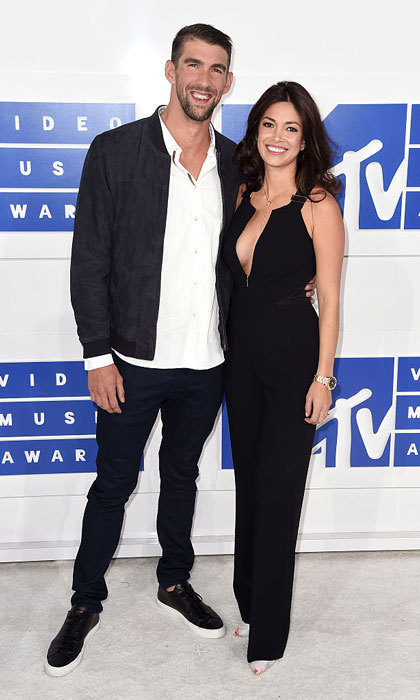 The proud dad, who attended the MTV Video Music Awards in New York City on Sunday, admitted, “Everyone wants Boomer.” He shared, “We were walking out with a couple of Beyoncé’s people last night [VMAs] and I was like 'You guys have to follow him on Instagram' and they were like, ‘Really, we already do.’”