Now that the Olympics are over, Nicole Johnson is all about planning her wedding and #MomLife. The former Miss California admits that while her life is a dream now, there were times when she despised her fiancé Michael Phelps when they were on their break. "There definitely were times, and I think Michael would say the same thing, where I hated him," she admitted to Cosmopolitan. "We were at odds at times. Even when I loathed him, there were still times when I was like, "God, I wish I was with him." 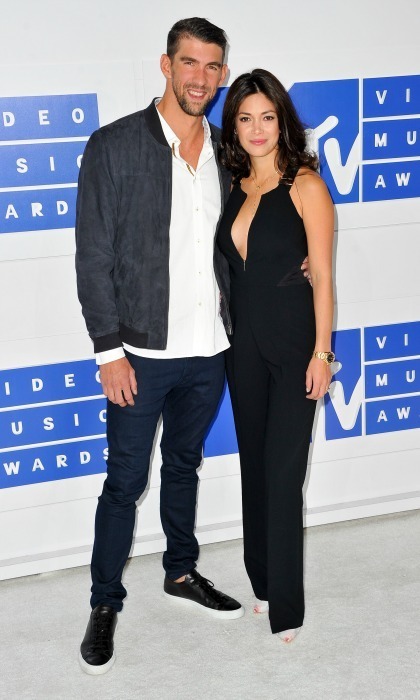 Nicole and Michael got engaged in 2015 Photo: Getty Images

Nicole and Michael were together on and off for eight years before agreeing to tie-the-knot in 2015. The 31-year-old shared that had they not taken a page out of Prince William and Kate Middleton's book and split before their engagement, she would not be living her fairytale life right now. "It was definitely bad timing," the mom to three-month-old Boomer Phelps said. "Michael and I both know that had we tried to have a child and get married in the previous time we were together, it probably would not have ended pretty. We both had a lot of growing up to do."

Michael Phelps on the best part about being back from Rio

She continued: "We both had a lot of learning about ourselves to do. I don't think you can be in a good relationship unless you love yourself to the fullest and you want to help the other person become a better person. We definitely needed that time apart to recognize that about ourselves and to appreciate one another." 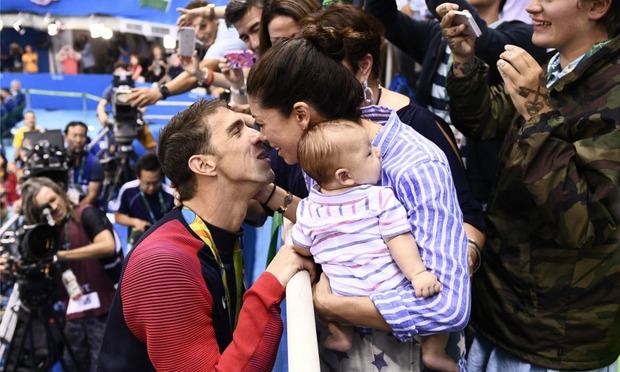 Nicole says there was a period of time when she hated Michael Photo: Getty Images

Now, Nicole and her 31-year-old Olympian fiancé are getting the ball rolling on their wedding planning, a task that is a team effort. "I took on everything, obviously, because he had to focus on going to the games. And now I'm like, 'What do you think about this and what do you think about that?' I know Michael well enough to know he doesn't need to partake in the tiny, minuscule decisions. But I also know him well enough to know that he does want to be involved in what flavor our cake is going to be and what flowers he thinks are ugly and what flowers he thinks are really pretty. I show him pictures and I ask what he thinks and he'll either brush it off, which means he doesn't really care, or he'll give me his opinion."

Gotta love when you play rummy and you go against the one person you're not upset if you lose 2! #bestfriendforlife

One thing that Michael does make the executive decision on is their son Boomer's Instagram page, which Nicole didn't imagine it to become the sensation it now is. "I don't think Michael or I expected it to blow up the way that it did," she said about her son's Instagram that is complete with over 600,000 followers. "The day he was born, we got his name [on social media], just because we wanted to make sure we had that handle. Then we were out and Michael said, 'Hey, I'm going to post something.' Michael runs it — he asked me if I wanted the password to post pictures on it and I told him no because I love watching him do it. I send the pictures and Michael does the posting."