Chelsea Clinton still has love for good friend Ivanka Trump, even though their parents Hillary Clinton and Donald Trump are going head-to-head in the presidential race. On Thursday, as she prepared to introduce her mom at the Democratic National Convention, Chelsea, 36, sat down with the Today show and discussed the idea of a "daughters' summit" with Ivanka.

"It isn't something that had occurred to me, but it's certainly something I would consider," the new mom of two said. "I think it was clear last week when Ivanka introduced her dad that she's so proud of him.

"I hope it will be kind of at least as clear why I'm so proud of my mom when I introduce her here in Philadelphia. And yet, clearly Ivanka and I have very different views about who we think should be our president, who we think best represents our country." 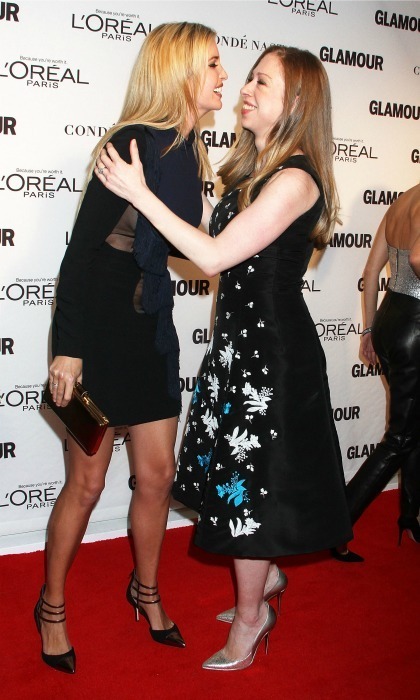 Addressing the tone of the election, she continued: "I don't expect [Ivanka] to always have to defend her father. I mean, I think it's clear that Mr. Trump is running his campaign and saying what he thinks is important in this election."

CHELSEA VS IVANKA: THEIR PARALLEL LIVES IN PHOTOS

Over the years, Chelsea and Ivanka, 34, have developed a friendship. Like her pal, who is a mother to five-year-old Arabella, two-year-old Joseph, and four-month-old Theodore, the former – and possibly future – first daughter knows what it is like to be a working mom in the spotlight. 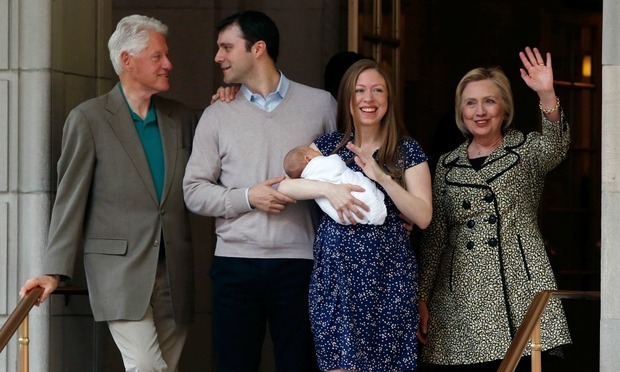 Chelsea, who shares children one-year-old Charlotte and one-month-old Aidan with her husband Marc Mezvinsky, noted that she had to pull double duty when working on her DNC speech. "Yesterday, I was breastfeeding Aidan and practicing with [speechwriter] Megan, and she was giving me feedback and I was exchanging ideas," she shared. "Even Aidan has contributed to the speech." 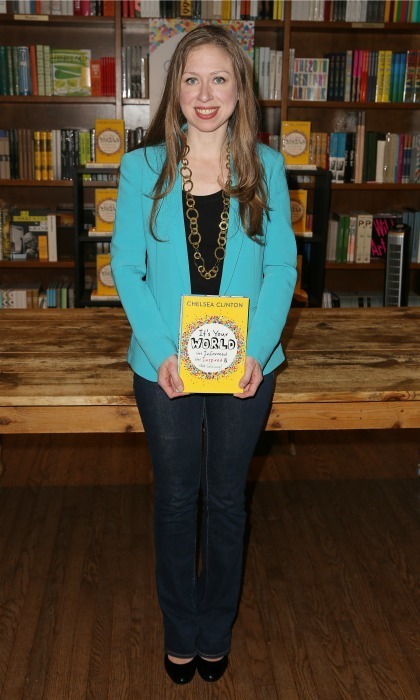 "I don't expect Ivanka to always defend her father," she said of her pal and fellow potential first daughter Photo: Getty Images

And what does Bill want to be called should his wife end up in the White House? She revealed: "Well, you know, he likes to harken back to his kind of Irish roots, so I think he’d love to be called 'First Laddie' but... I'm definitely voting for 'First Gentleman'."