In sickness and in health, Joey Feek has had husband Rory Feek by her side. The 40-year-old singer of the country duo Joey + Rory, entered hospice care earlier this month after ceasing treatment for her terminal cancer. Rory has been documenting his wife’s battle on his blog This Life I Live, sharing updates and touching family photos. 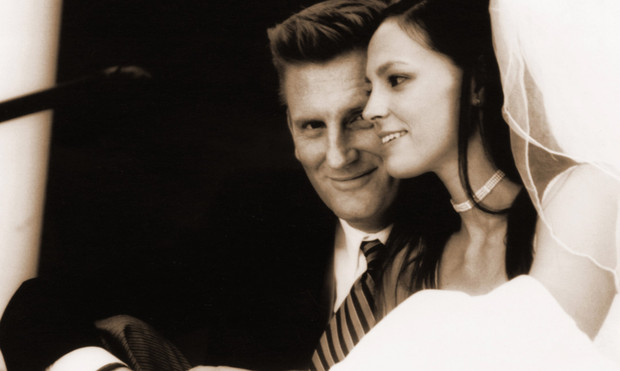 “We prayed. We all prayed. God answered,” he wrote, once Joey entered hospice. “Not the answer we hoped for… but the answer He has given us.” Rory concluded the post writing, “Joey is at peace with where she is and where she’s going. So am I.”

As he prepares to say goodbye to his sweet wife, Rory has been writing about the couple's love story. "For better or worse. I said those words to her at the alter on June 15, 2002," Rory wrote back in October. "But today and each day since our wedding day has been my opportunity to show her that I mean those words. And I do mean them."

The country duo, who have been married for 13 years, entered the spotlight after competing on CMT's Can You Duet show back in 2008. Joey and Rory welcomed daughter Indiana, who was born with Down syndrome, in 2014 — in addition to Rory’s two teenage daughters, Heidi and Hopie, from a previous relationship. That same year, Joey was diagnosed with cervical cancer. Following her diagnosis, the singer underwent a radical hysterectomy to remove the cancer, however it returned in 2015. 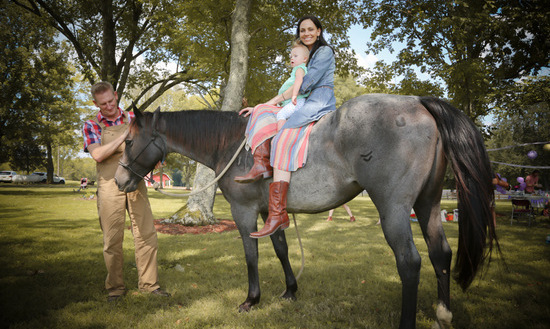 This September, the family marked Joey's 40th birthday in a special way. On his blog, Rory wrote how his wife had a horse named Velvet growing up and that she dreamed of owning another one, one day, so this year, he made that dream come true. "I’m not sure it makes any more sense today… but I think sometimes that life doesn’t have to make sense. And it might not seem like the best timing, but it is. Because the best time to love someone and make their dreams come true is today," he wrote.

With the couple currently in Joey’s hometown of Alexandria, Indiana, the family is spending what precious time they have left together and reflecting on happier, healthier times. Watching a commercial of the couple from years ago, Rory wrote, “Oh how beautiful and full of life my sweet bride was then. We had only been married a few years and had no idea what was ahead of us – the heights we would ascend to, and the valleys we would have to cross.”

And while the road ahead won't be easy for the family, Rory wrote in his blog, “No matter what happens, Joey will always be with us. She'll be in our little Indiana's smile … and in our hearts forever.”