She’s best known for her romantic comedy roles, playing Rachel in Friends, and of course, being Brad Pitt’s ex-wife. But things could be about to change as Jennifer Aniston is being touted as a contender for an Oscar. 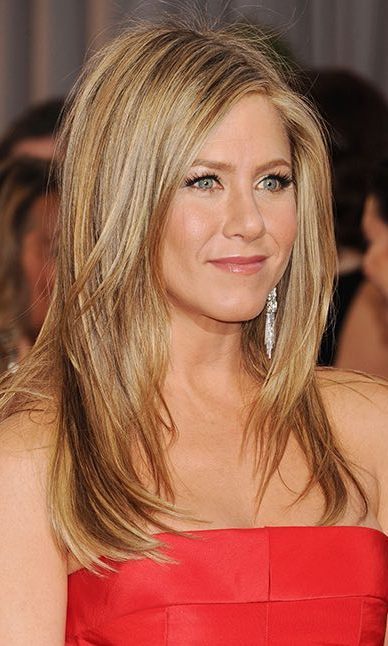 The actress, 45, is receiving stellar reviews for her raw performance in her new indie film Cake. In the movie, directed by Daniel Barnz, the usually glamorous actress plays a dowdy woman suffering from chronic pain and addiction issues and falls for a recently widowed man played by Sam Worthington.

Jennifer started generating Oscar buzz after the film received a rousing reception at the Toronto Film Festival in September. And now the film will hit theatres for one week in December in order to qualify for Academy Awards consideration, with a wider release set for January 2015.

“When my life and producing partner Ben Barnz and I first read Cake just fourteen months ago, we knew we had to go to Jennifer Aniston,” said the film's director and executive producer Daniel Barnz.

“It was the most obvious un-obvious choice – she’s mega-talented, but we’ve never seen the whole range of her extraordinary comic and dramatic abilities showcased in one role.”

That the film is being released in time for Oscar consideration means Jen could finally get the award that has so far eluded her. But she will have many rivals for the golden statue, possibly including her ex-husband Brad Pitt's new wife Angelina Jolie, who could be nominated for her performance in the Disney film Maleficent.