Talk about a major change – Charlotte Casiraghi has switched up her hair and she’s now rocking bangs! Princess Caroline’s royal style icon daughter is well known for her effortlessly stylish hairdo, which she normally wears sleek and straight or pulled back. Her new, feathered curtain bangs are quite a departure from her tried and tested style – but it looks great and will be super versatile. Grace Kelly’s granddaughter showed off the new look at the premiere of her husband Dimitri Rassam’s movie Our Lady of the Nile at the Toronto International Film Festival this week. 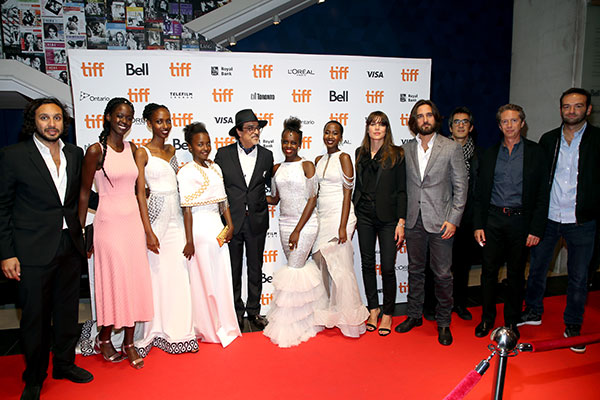 Long-time fans of the Monegasque royal may find Charlotte’s look familiar – she last experimented with bangs in 2003 at the age of 17. Back then the royal teen liked to wear her hair down and poker straight - a look we’ll no doubt be seeing combined with her new bangs again sometime soon.

Why Charlotte Casiraghi is our era's Grace Kelly

RELATED: All the pics from both  of Charlotte's Casiraghi royal weddings

Charlotte, 33, looked chic as ever at the red carpet event in a midnight back tuxedo suit paired with stiletto sandals and minimal silver jewelry. She joined her French film producer husband and stars of the film at the unveiling. The couple’s join outing was their first official appearance together since their secret second wedding ceremony held in France and the end of June. 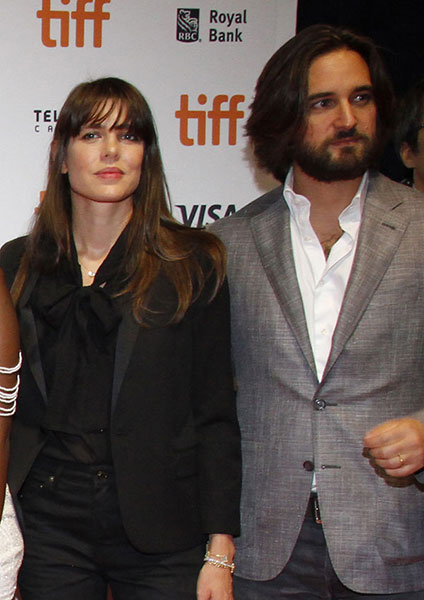 The religious blessing, which was held in the idyllic, lavender-filled region of Provence in France came a month after the pair had tied the knot during a civil ceremony held at uncle Prince Albert of Monaco’s royal palace home. She walked down the aisle, following in the footsteps of her movie star grandmother, who wed Prince Rainier at the same location, leaving Hollywood behind and becoming Princess Grace. 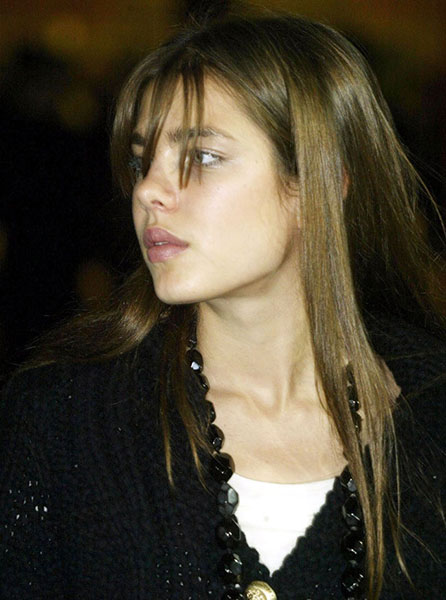 Princess Caroline’s daughter last rocked bangs in 2003, when she was 17

Attending both ceremonies, of course, were Charlotte and Dimitri’s son Balthazar – who was born on October 23, 2018 – and the bride’s five-year-old son Raphael. Charlotte shares him with French comedian and actor Gad Elmaleh – whom she dated for four years before they split in 2015.