A month after marrying during a civil ceremony, Charlotte Casiraghi and her husband Dimitri Rassam held a second secret wedding in France. The pair blessed their union with a religious ceremony and reception in the French commune of Saint-Rémy-de-Provence and the Princely Palace of Monaco released official photos to mark the special occasion – showing off Charlotte’s beautiful wedding dress, the third she has worn to wed her beau. 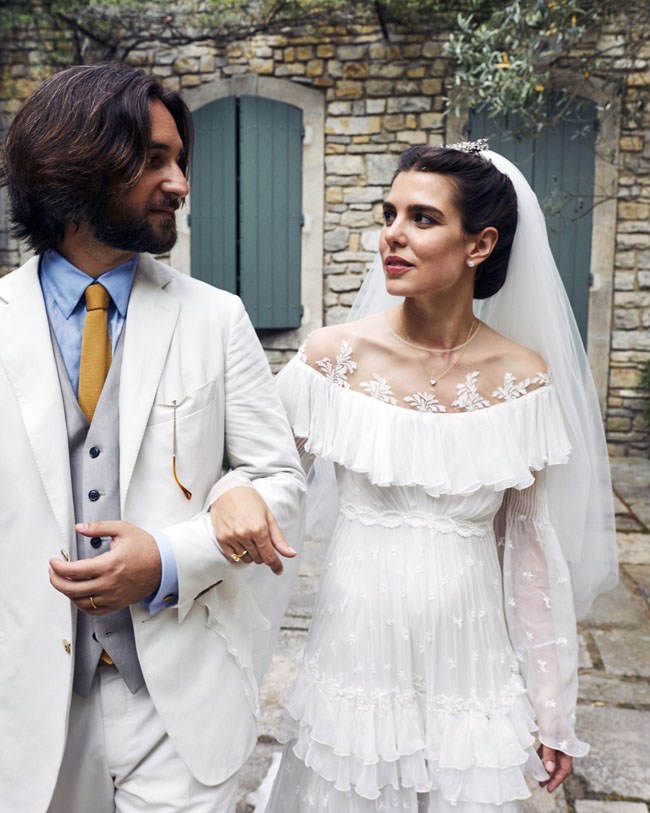 As the gorgeous snaps of the happy couple show – Charlotte’s stunning gown is the most traditional of the dresses she has chosen. The romantic vintage design fits perfectly with the French countryside setting of her nuptials, as does her bridal bouquet of lavender and blades of wheat. The dress, which features a Bardot neckline with a delicate layer of tulle on top embroidered with foliage motifs, was created by Giambattista Valli for the bride – who seemingly had her mother Princess Caroline of Hanover in mind when she sat down to discuss the design she wanted for the big day. 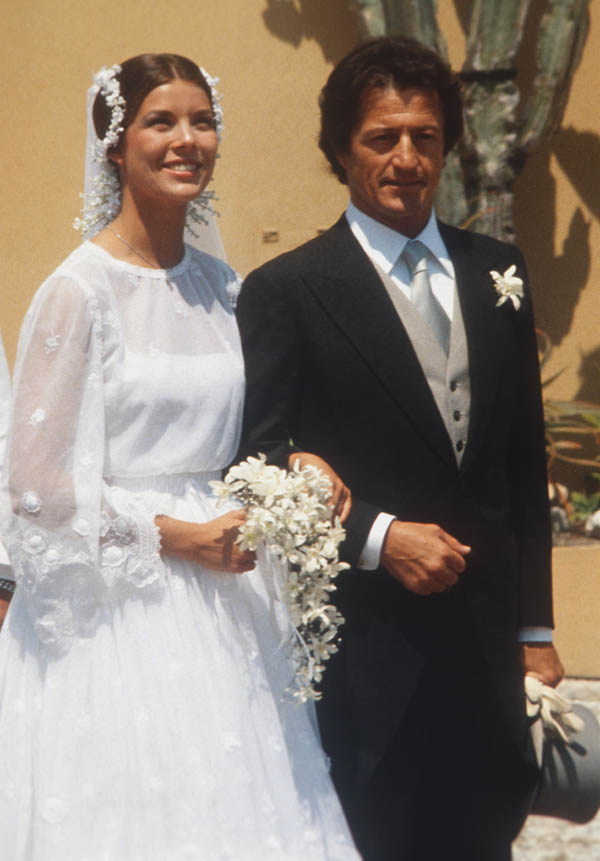 The dress Charlotte wore at the weekend bears a striking resemblance to the gown Caroline wore to wed her first husband Philippe Junot in 1978. Caroline and the Frenchman were married for just two years before they divorced in 1980 – and the Monaco royal went on to wed Charlotte’s father Stefano Casiraghi three years later. 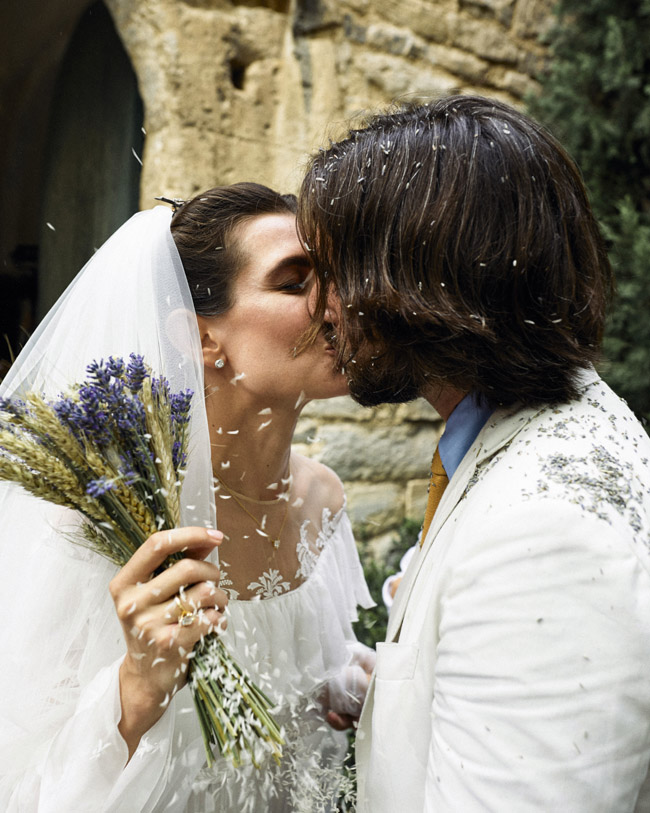 Like her mother did in 1978 Charlotte also kept her jewelry simple – with just one delicate diamond necklace and diamond stud earrings. She also wears a veil – which is clipped in place with a diamond clip which appears to be part of the same set Princess Charlene wore to wed Prince Albert in 2011. The 19th century, floral motif piece was loaned to both brides by Princess Caroline, and is said to be a gift from the late Karl Lagerfeld.