Meghan Markle is crossing the Atlantic to support her good friend Serena Williams. According to The Times, the Duchess of Sussex made a last-minute decision to fly to New York for the weekend so she can watch her pal compete against Bianca Andreescu in the US Open final on Saturday. The new mom boarded a commercial flight on Friday morning, leaving her husband Prince Harry and four-month-old son Archie Harrison at home in Windsor. 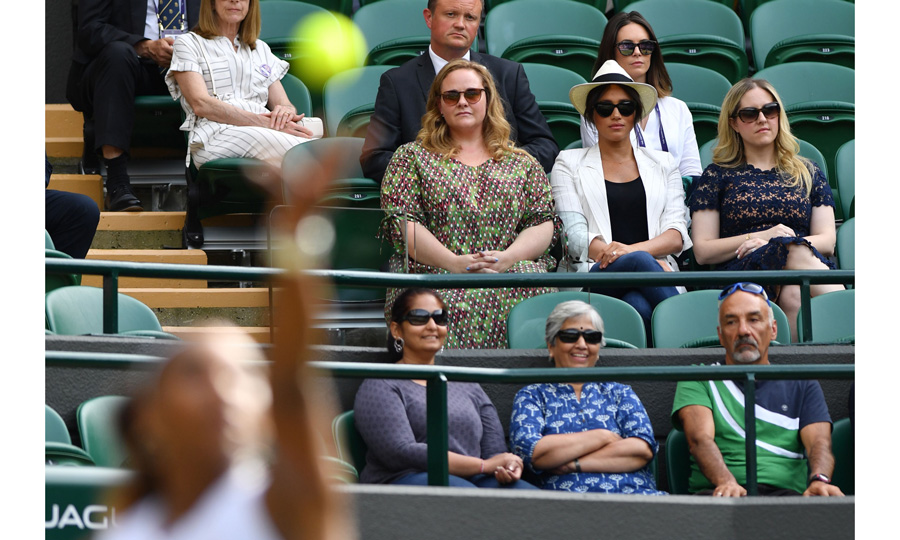 The former American actress, who was accompanied by her security team, is expected to return home this weekend. “It is a last-minute trip,” a source told The Times. “Excited to support her friend, and then come back.” Meghan reportedly made the decision to fly stateside after staying up until 1 a.m. on Thursday night to watch Serena compete in the semi-final, during which she beat Elina Svitolina in two sets. Meghan cheered her close friend on at Wimbledon earlier this year during an outing with sister-in-law Kate Middleton and again with friends.

The last time the Duchess traveled to the states was back in February for her lavish baby shower, which Serena co-hosted. News of Meghan’s New York plans would explain why she and Harry have declined an invitation to spend time with Queen Elizabeth at Balmoral this weekend. 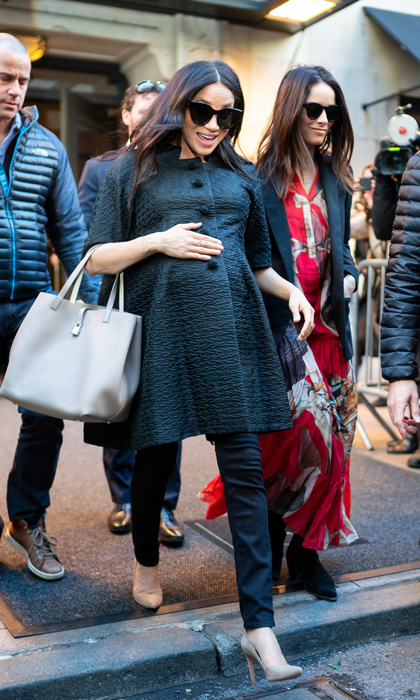 The family of three was expected to spend time with Her Majesty in The Highlands, but it was previously reported that their plans had changed. The trip would have marked both Meghan and Archie’s first time visiting the Queen’s Scottish summer residence. The Duke and Duchess reportedly see the Queen regularly when she is at Windsor Castle, since they live nearby at Frogmore Cottage. Meghan’s trip abroad comes ahead of her official return to royal duties next week. The Suits alum will officially end her maternity leave over four months after giving birth to her first child to launch her Smart Works capsule collection.