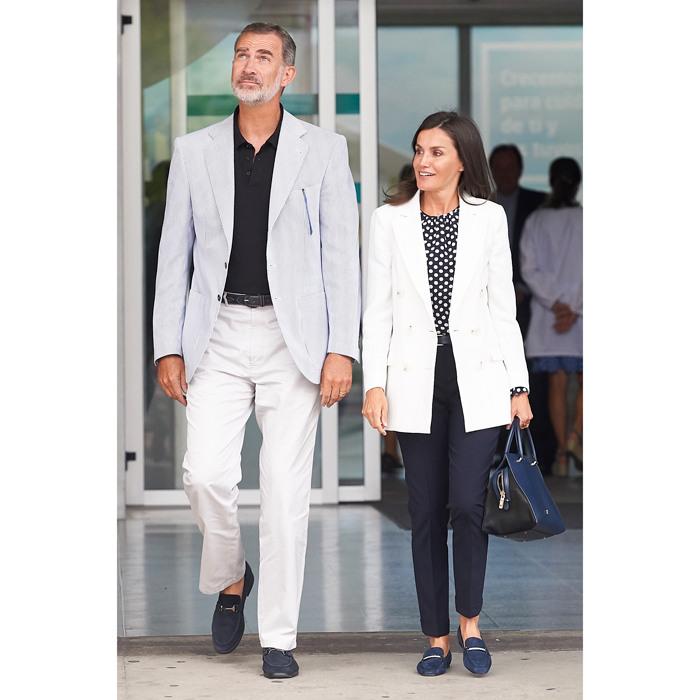 After spending time with his father, Felipe and Letizia spoke to members of the press outside of the hospital. The King revealed that Juan Carlos is lively and already joking. “He does not lose his mood," Felipe said. When asked how she sees her father-in-law, Letizia responded, “ I have seen him very brave, really."

The royal mom of two also revealed that King Juan Carlos had a good night after his surgery saying he “slept peacefully.” The Queen noted that her daughters Princess Leonor and Infanta Sofía will visit their grandfather in the coming days. 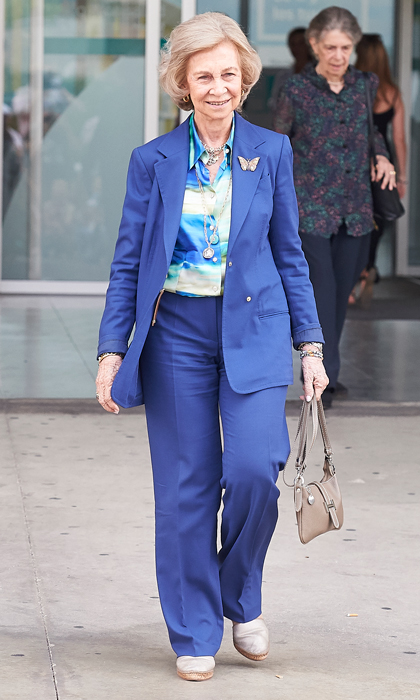 Letizia looked stylish for the outing sporting a polka dot blouse by Carolina Herrera, which she teamed with black trousers, loafers, and a white blazer. Felipe coordinated with his wife wearing matching navy loafers, white trousers, a black shirt and pinstripe blazer.

The King and Queen’s visit followed Queen Sofia and Princess Irene of Greece’s earlier in the day. Juan Carlos arrived to the clinic ahead of his surgery on Friday, telling reporters, “You’ll see me on the way out.” The 81-year-old royal, who abdicated in 2014 in favor of his son, retired from public life in June. In a letter published on the royal family’s website and addressed to King Felipe, he said, “I think the moment has arrived to turn a page over in my life and complete my retirement from public life.”