Queen Elizabeth and Prince Philip are spending quality time with their family. The British royals are currently enjoying a family reunion in Balmoral. Prince William and Kate Middleton joined Her Majesty and the Duke of Edinburgh for lunch on Friday, August 23. In pictures published by The Daily Mail, the Duke and Duchess of Cambridge were photographed getting out of a Range Rover on the Queen's Scottish property. Kate was dressed down for the outing wearing a green sweater, pants, and a backpack. 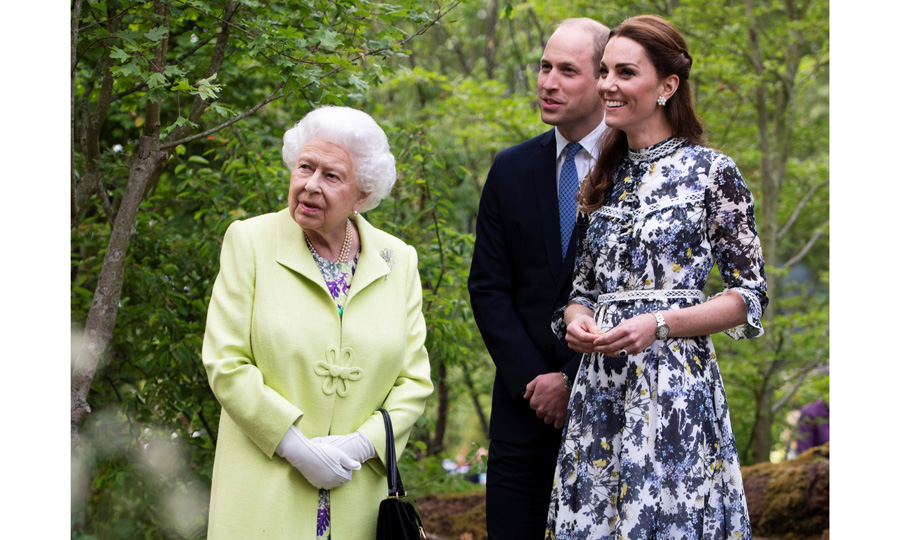 The 93-year-old monarch was also pictured hopping into her own vehicle to drive around the estate. Princess Anne and her husband Tim Laurence have been spotted in the Highlands as well, in addition to the Princess Royal’s son Peter Phillips, and his family, wife Autumn Phillips and daughters, Isla, seven, and Savannah, eight.

William and Kate flew to Scotland on Thursday with their brood—Prince George, six, Princess Charlotte, four, and Prince Louis, one—on an economy flight. The family of five, as well as their Spanish nanny, Maria Teresa Turrion Borrallo, were seen disembarking their budget plane. According to a fellow passenger, the Duchess’ mother Carole Middleton was also onboard the aircraft.

No doubt, the Cambridge kids must be frolicking and playing with cousins Isla and Savannah while at Gan Gan's. George and Charlotte have shown off their strong bond with Savannah in the past at royal engagements, including Trooping the Colour and at last year's Maserati Royal Charity polo match. 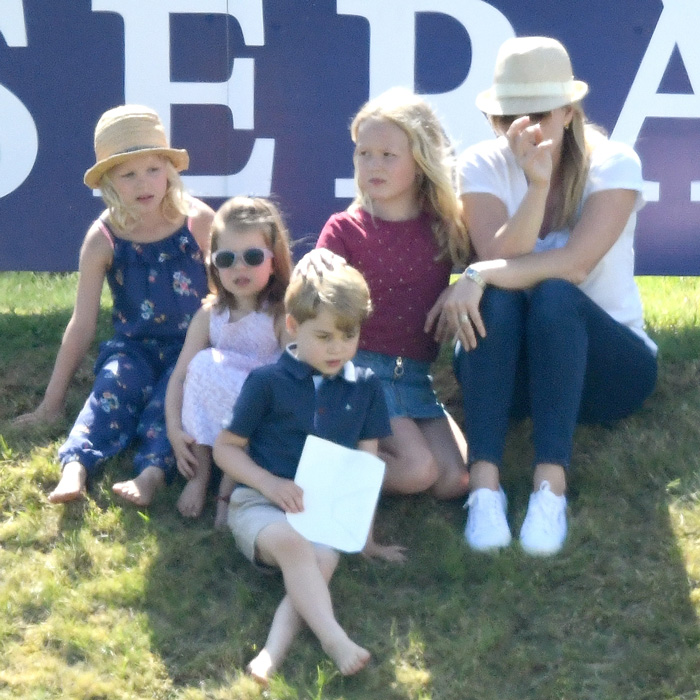 George, Charlotte, Isla, and Savannah (pictured in 2018) are at the Queen's Scottish estate this weekend

While Her Majesty has several family members at her summer residence this weekend, three special relatives, Prince Harry, Meghan Markle and their son Archie Harrison, won’t be joining them at the Scottish retreat. The Duke of Sussex, who is patron of the Rugby Football League, has an engagement on Saturday to attend the Rugby League Challenge Cup Final at Wembley Stadium.

GALLERY: ALL THE TIMES THE LITTLE ROYALS WERE THE STARS OF THE TROOPING THE COLOUR CEREMONY

Despite the Sussexes’ absence, the Queen is surely delighted by her grandchildren and great-grandchildren’s company at Balmoral. Members of the British royal family traditionally visit the castle during the summer months. Princess Eugenie has previously revealed that her "Granny" is "the most happy" in the Highlands.