The Dutch royal family gathered on Thursday, August 22, to say their final goodbyes to Princess Christina of The Netherlands. Queen Maxima joined her husband King Willem-Alexander at the late royal’s funeral service on the grounds of Noordeinde Palace. Unlike traditional funerals where mourners wear black, most of Christina’s friends and family members wore vibrant colors and flowers as they followed her coffin, which was adorned with sunflowers. 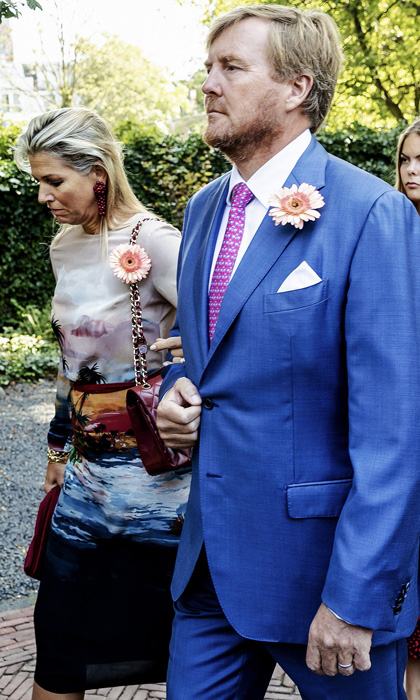 Christina’s three children, Bernardo, 42, Nicolás, 40, and Juliana, 37, whom she shared with ex-husband Jorge Pérez y Guillermo, were also in attendance. The siblings were photographed walking arm-in-arm as they followed their mother’s coffin in the funeral procession from the Dome of Fagel to the Coach House. Princess Beatrix, Christina's older sister, looked somber as she walked behind her niece and nephews donning a navy ensemble that featured a floral print on the sleeves. The former Queen, 81, coordinated in blue with her sister Princess Irene, 80. Meanwhile, Maxima wore a striking printed frock, alongside Willem-Alexander, who was dressed in a blue suit and purple tie. The monarchs sported matching pink flowers on their lapel and dress.

Christina, who was removed from the line of succession to the Dutch throne upon her marriage to Cuban-born Jorge, is reportedly the first Dutch royal to be cremated. Members of the Dutch royal family are normally laid to rest in the royal crypt in Delf. 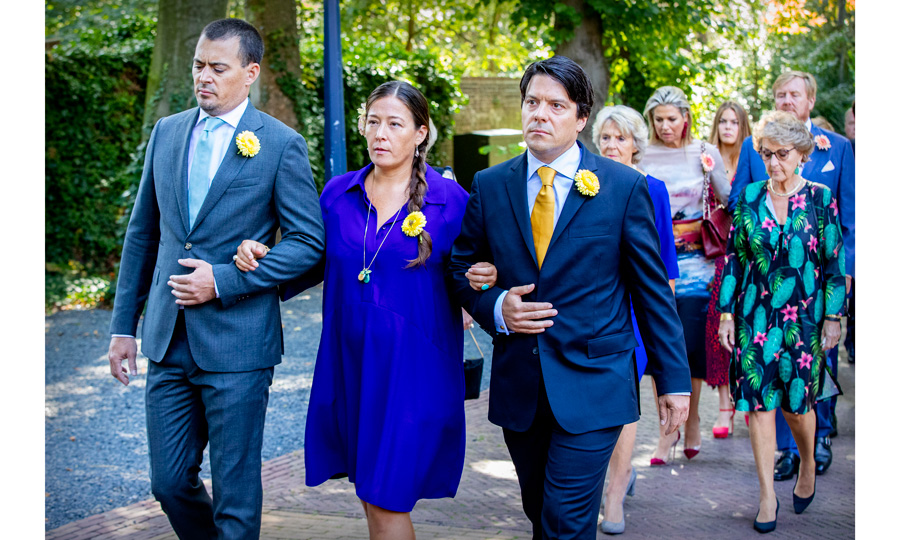 The late Princess was King Willem-Alexander’s maternal aunt, and former Queen Beatrix’s younger sister. Christina passed away last Friday, August 16, in The Hague. She was 72. The Dutch royal suffered from bone cancer for several years. Princess Christina was a singer, and trained as a dance therapist.

Following her death, Beatrix, as well as King Willem-Alexander and Queen Maxima released a statement. “We are sad because of the death of our dear sister and aunt,” they said. “Christina was a striking personality with a warm heart. With her musical drive and talent she managed to touch many. We cherish the many beautiful memories of her.”