Lady Diana Spencer is going to the Great White Way (aka Broadway) next year. 'Diana,' a musical, is set to follow the life of the Princess of Wales through the lens of her relationship with Prince Charles. The show will kick off its run at the Longacre Theater on March 2, 2020 with an official open date of March 31. Yes, you heard it — you will be able to see how what was thought to be the fairytale love and wedding of the century turned out to be less than so. The musical first debuted at La Jolla Playhouse in San Diego earlier this year and starred veteran Broadway actress Jeanna de Waal and Roe Hartrampf (a newcomer on the Broadway theater scene). Jeanna will play Princess Diana and Roe will play the role of Prince Charles. 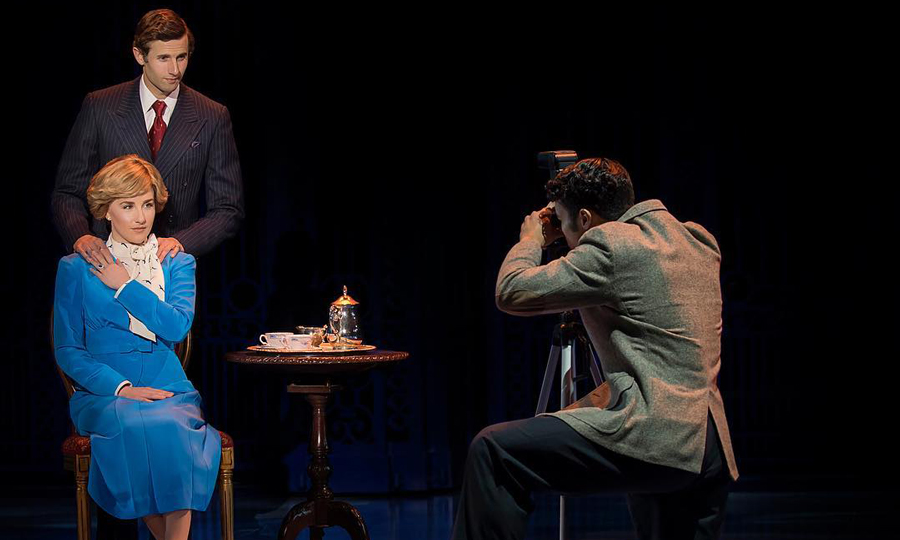 MORE: Prince Harry and Meghan Markle give this celeb a special shout out on World Elephant Day

Some of the teams behind other successful shows will be working on this royally inspired musical: Come From Away director Christopher Ashley and Memphis writing duo Joe DiPietro and David Bryan (they wrote the script and musical components for the show). Lady Diana’s iconic eighties fashion and style, worn by Jeanna, will be styled and created by none other than William Ivey Long, the costume designer for Grease, Live! and both The Producers and The Cutting Edge movies.

Earlier this month, Lady Diana’s grandchildren, Prince George and Princess Charlotte, were seen out with their parents Prince William (Diana and Charles’ first child) and Kate Middleton at the King’s Club regatta on the Isle of Wight (where the Duchess of Cambridge was seen wearing shorts for the first time since she became a royal). Upon their engagement, William presented Kate with his mother’s sapphire ring forever stylistically linking the two royal beauties.