Meghan Markle wants to inspire the world with the words of her mother-in-law, Princess Diana. On Friday, August 9, the Duke and Duchess of Sussex shared one of the late Princess of Wales’ iconic quotes on their social media account: “Carry out a random act of kindness, with no expectation of reward, safe in the knowledge that one day someone might do the same for you.” 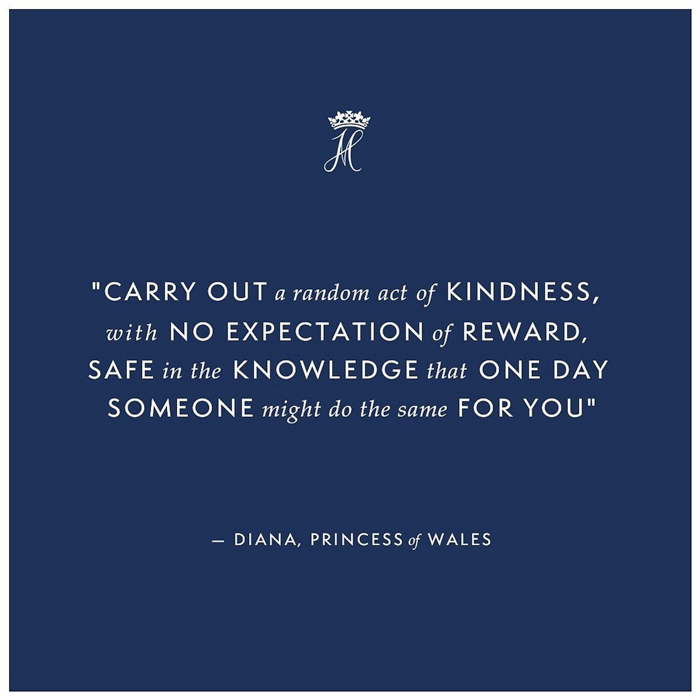 Alongside Diana’s quote, the couple penned, “Words have the power to inspire, which is why we’re happy to share some of our favourite quotes. From members of the public to public figures, from teachers and students to young leaders, we begin with a quote from Diana, Princess of Wales.”

Last month, Prince Harry delivered a moving speech about his mother. "My mother, Princess Diana, was a role model to so many, without realizing the impact she would have on so many lives. You don’t have to be a princess or a public figure to be a role model, in fact it’s equally valuable if you’re not because it’s more relatable,” he said. "I encourage each of you to see the value you bring to those around you, and to make a conscious effort to not inspire quietly and invisibly, but rather to step up to the task and help someone shine their light even brighter.” 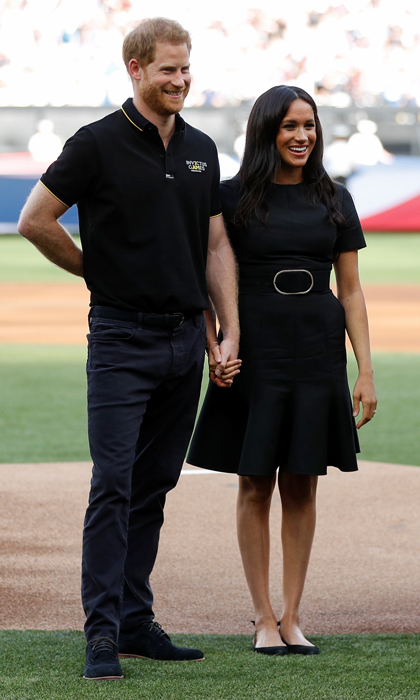 August 31 will mark the 22nd anniversary of Diana’s death. While Meghan never had the opportunity to meet her mother-in-law, Harry has previously said that his wife and mother would have been “thick as thieves.” During their first interview as an engaged couple in 2017, the Duke said, “Oh they'd be thick as thieves, without question. I think she would be over the moon, jumping up and down, you know so excited for me, but then, as I said, would have probably been best friends with Meghan.”

Harry designed Meghan’s engagement ring using one of his mother’s diamonds. “She's with us,” the former American actress said at the time. Harry added, “I'm sure she's with us yeah, you know, jumping up and down somewhere else.”