Princess Stephanie could not be happier for her son Louis Ducruet and his new bride Marie Chevallier. Following the couple’s royal wedding, Grace Kelly’s youngest daughter opened up to the French magazine Point de Vue about her family’s special day. “For me, it's just magical. Very moving. My son and I have very strong ties, very fusional. At home, Louis was the one who watched over his three ‘little women' [mom Stephanie and sisters Camille Gottlieb and Pauline Ducruet],” Stephanie said, adding, “My little boy has become a man.” 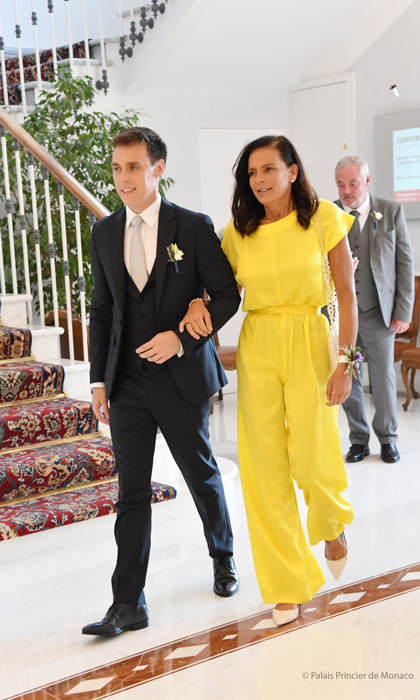 Princess Stephanie opened up about her son Louis' wedding celebration

Louis, 26, married his college sweetheart in a civil ceremony on July 26, and in a religious ceremony at the Monaco Cathedral on July 27. During the wedding dinner, the proud mother of the groom delivered a heartfelt speech to her son and new daughter-in-law. Recalling her tender words, Stephanie shared, “I said to Marie, 'It's been many years now that you're part of our family, but now it's official!' I added that I could not dream [a] better daughter-in-law, and that I hoped to be up to the job as a mother-in-law.”

MORE: How Grace Kelly's husband was a part of their grandson Louis Ducruet's wedding

“Then I told my son how happy I am to be his mom, how proud I am of him and his career. Proud, too, because he knew how to perpetuate the values transmitted by Prince Rainier, my father, his papoune, of whom he was very close and who counts so much for him,” she continued. “These words came from the heart. Louis and Marie have managed to ensure that their loved ones no longer form a single large family around them, and this is what is important. For them, and for the rest of their story.” 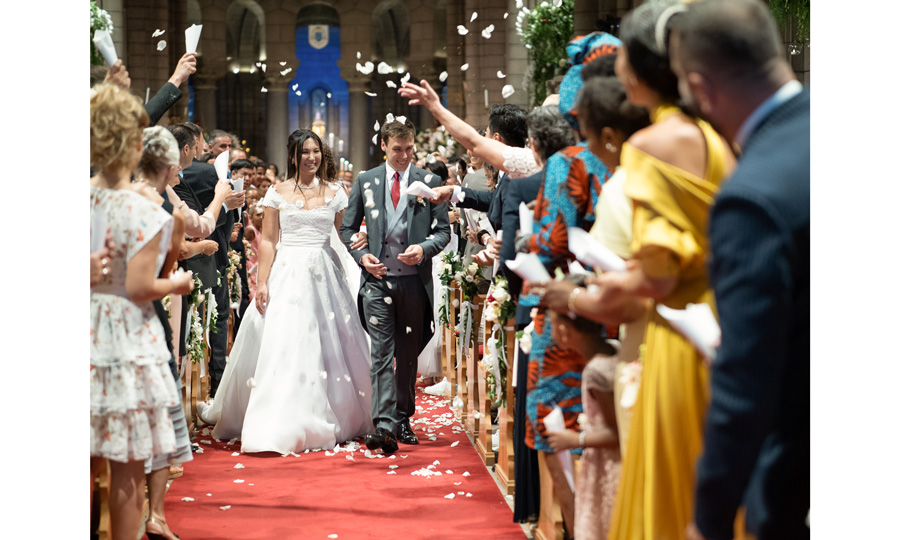 The 54-year-old royal noted that seeing her son so happy gives her a sense of “duty accomplished.” She explained, “A mother is there to accompany her child until, in its turn, it takes off. There is nothing more beautiful in the world, when one is a parent, than to see the happiness of one's child, to know it happy and fulfilled at the side of the person he loves.”

Princess Stephanie added, “Louis and Marie are at the very beginning of their lives together, but their happiness is incredibly communicative. There is something in him that overwhelms you.”