Earlier this year, Meghan Markle and Prince Harry got their own Lifetime movie, and the actors who portrayed them in the small screen (shout out to Tiffany Smith and Charlie Field) were their literal doppelgängers. Now, fans have discovered there's another British royal who has a lookalike in Hollywood—Princess Eugenie. Ladies and gentlemen, please meet Mexican actress Karla Souza, who is the spitting image of the 29-year-old royal. Don't think so? The proof is in the pictures. 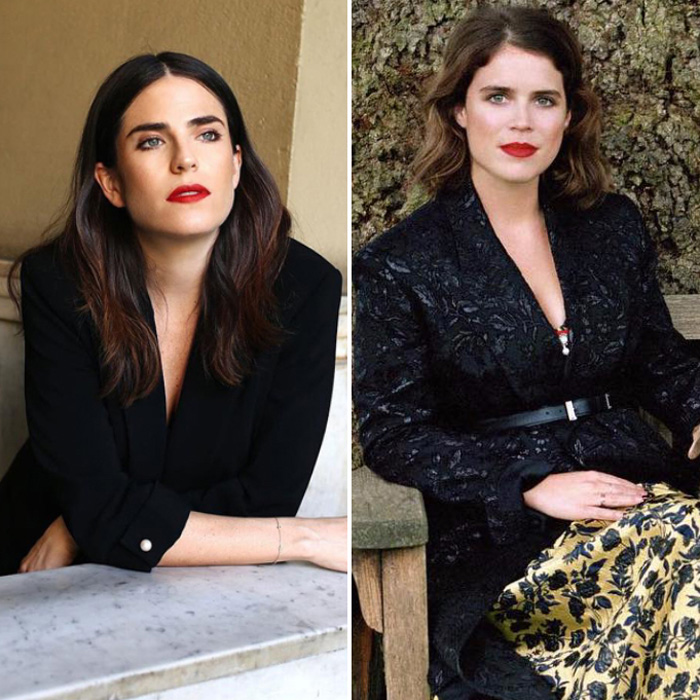 Although the two women come from different backgrounds, they have incredibly similar faces. Princess Eugenie and the actress, who is a Mexican native, both share dark and strong facial features—The two ladies have dark brown hair, thick eyebrows and a strong jawline. They both also have bright green eyes and can rock a bold red lip as seen on both their social media feeds.

MORE: Why are fans freaking out over this Princess Eugenie photo?

Besides their physical similarities, the two women also share a sense of style. During her royal engagements, Princess Eugenie is almost always wearing a natural makeup look with soft nude and light pink hues. At her royal wedding in October 2018 to Jack Brooksbank, the 29-year-old royal opted for a light beauty look.

The Mexican actress, who starred in the hit series How To Get Away With Murder, is also a fan of keeping her makeup to a minimum. Throughout her social media feed, she documents her life working, traveling and spending time with her family, and she's almost always spotted wearing a casual and chic look with a bare face. The 33-year-old actress recently welcomed her first child Gianna with her husband Marshall Trenkmann—another possible similarity between her and Princess Eugenie. 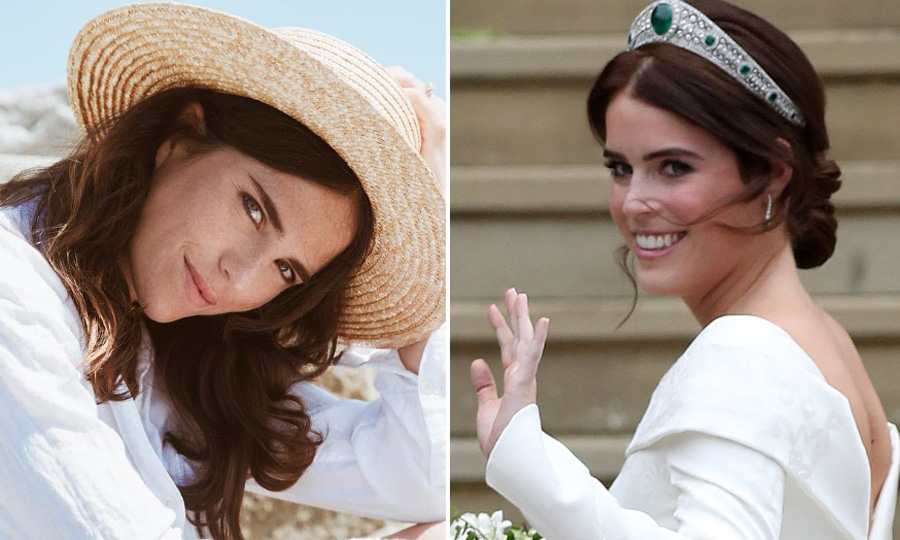 Besides their physical similarities, the two women also share a sense of style Photo: @karlasouza/Getty Images

During her appearance at the annual Royal Ascot, rumors swirled that Princess Eugenie may be expecting her first child with husband Jack Brooksbank after she was pictured holding her belly. *Squeal*