Leave it to Queen Letizia to give us all the sculpted arms inspo we need. During her latest outing in Mallorca, King Felipe’s wife traveled solo to support one of her favorite arts: film. The 46-year-old royal touched down in the island for Atlántida Film Fest’s ninth edition, an annual event organized by Filmin. Letizia is known to dress to impress and this time was no exception! The Spanish is no stranger to elegant minimal clothing and this time the royal opted for a simple yet chic ensemble with a pair of crisp white fitted trousers and a sleeveless black top. 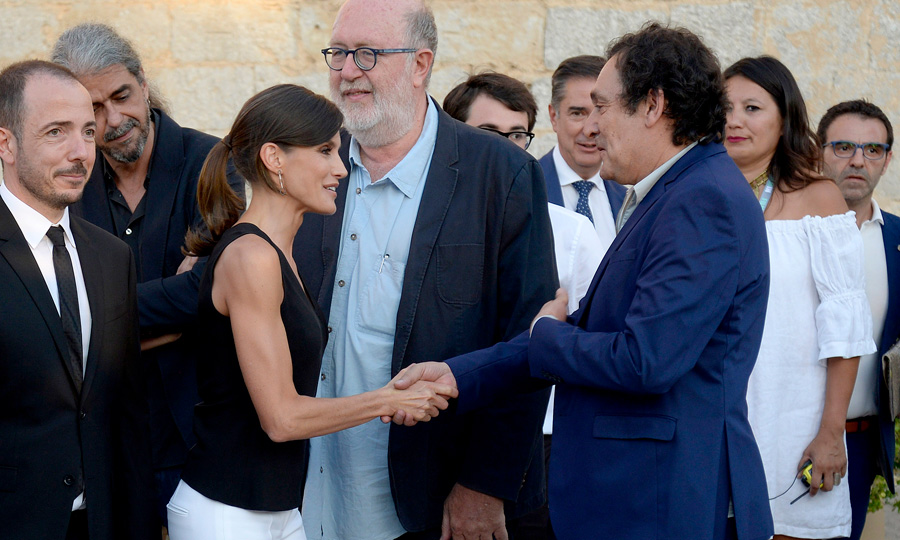 The fashionista’s dressy tank featured a v-neckline and tailored fit which allows for her stunningly toned arms to show through. Not to mention, Letizia’s already got a gorgeous summer glow going on which further highlights her sculpt arms. It’s evident the former journalist works hard to keep her figure slim and healthy. Moreover, her strong and highly defined arms are built for donning all the sophisticated sleeveless pieces out there. 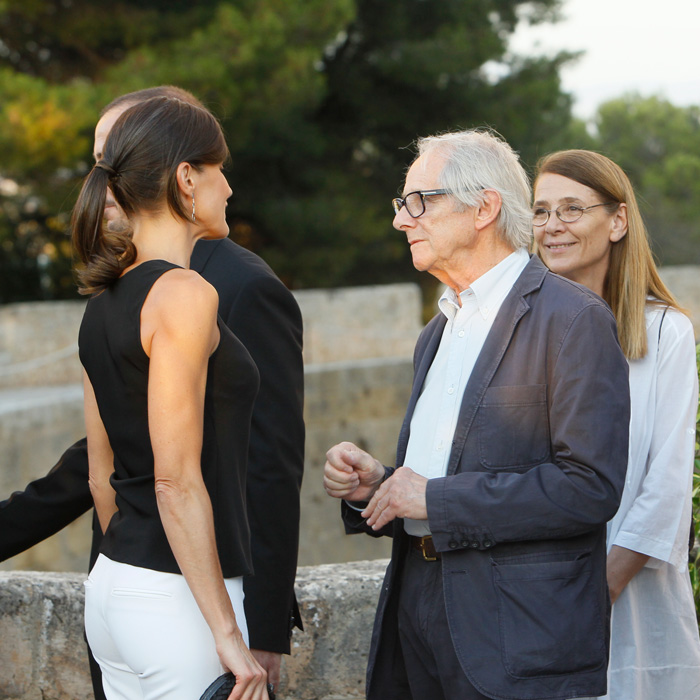 Now that we’ve officially been met with higher temperatures thanks to the hot summer heat, we can expect Letizia to sport light summery items soon. Just last week, the brunette beauty stepped out to a royal engagement on June 26 and she rocked a turquoise midi dress, of course, sans sleeves. There’s no question the stylish royal is a fan of the warm-weather style – especially when it comes to chic, uncomplicated separates. 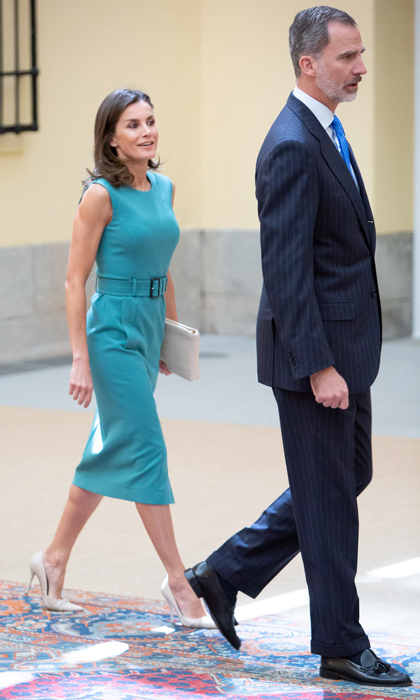 MORE: Queen Letizia and Meghan Markle rock the denim look of the season

Recently, it was revealed Felipe, Letizia and their two daughters Leonor, who will turn 14 on July 12, and Sofía,12 will be traveling to spend some exciting family time in the US. Prior to their international vacation, Letizia will return to Mallorca along with the rest of her family to kick off their family vacay and enjoy what the Spanish island has to offer.