This week, the British royal family is gathering in Berkshire for the Royal Ascot, an annual horse race, where everyone arrives in tip-top style. The 2019 swanky affair has already seen some great style moments—Kate Middleton wore a memorable blue Elie Saab frock and Queen Maxima stunned in an extra oversized beige fascinator—but there's one royal who was noticeably missing: Meghan Markle. The Duke and Duchess of Sussex were absent from the first three days of the Royal Ascot and are likely to not attend the rest of the event for one simple reason—she's on maternity leave. 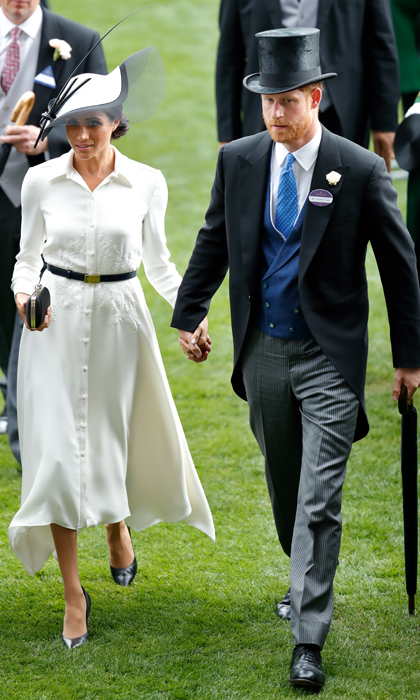 And I know what you're thinking—if she's on maternity leave, then why did she attend this year's Trooping the Colour and skip out on the opportunity to wear an unber posh hat at the Royal Ascot? So here's the deal: Although, the 37-year-old royal mom made an appearance at this year's Trooping the Colour to celebrate Queen Elizabeth II's birthday, the Duchess of Sussex is still technically on maternity leave.

Meghan will reportedly begin working again and attending royal engagements this fall in September or October, but for now, she will pick and choose which events she attends. An event like the Queen's birthday is one not to miss, but a horse race? That's not as pressing and the new mom will likely want to spend as much time as she can with baby Archie Harrison, who is only a few weeks old.

She and Prince Harry also announced they are taking a two-week trip to Africa this October. This will most likely be the first big royal engagement the Duchess of Sussex will take coming out of maternity leave.

Another royal that made select appearances while on maternity leave is the Duchess of Cambridge. After having Prince Louis in April 2018, Kate attended Meghan and Harry's wedding a few weeks later in May. She also made an appearance that June at Trooping the Colour. 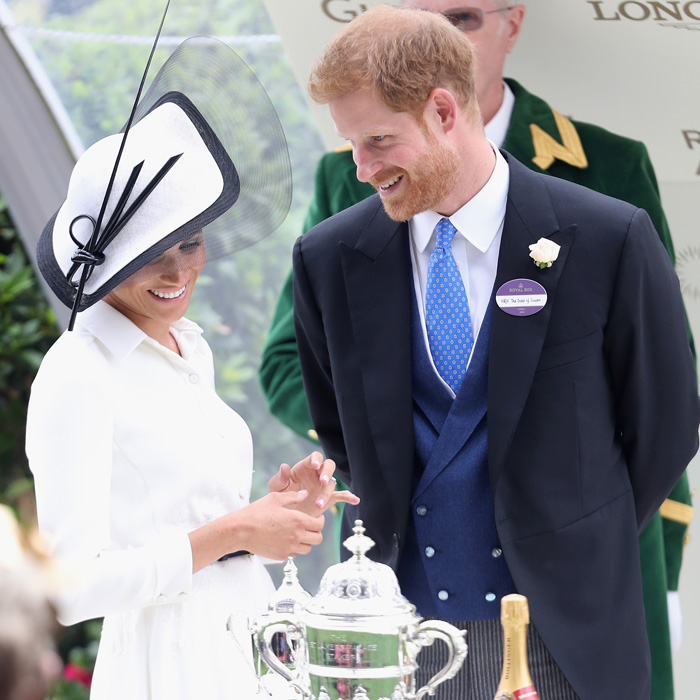 In other royal news, Meghan and Harry recently hired a nanny, who they plan to take on their two-week trip to Africa this October to help with Archie as the family embarks on their first trip as a family of three.