Coming right after Trooping the Colour, which brings together the whole royal family on the balcony of Buckingham Palace, week-long Royal Ascot is one of the best places to go royal watching – so, of course, we had to see who was stepping out for the event's kickoff. All eyes were on the course on Wednesday morning as Prince William and Kate Middleton joined his grandmother Queen Elizabeth II for the annual horseracing fest.

The Duchess of Cambridge went for one of her fave looks, lace, in a pale blue custom look by Elie Saab. The future Queen accessorized her look with a matching blue hat with floral detail and chic silver shoes. 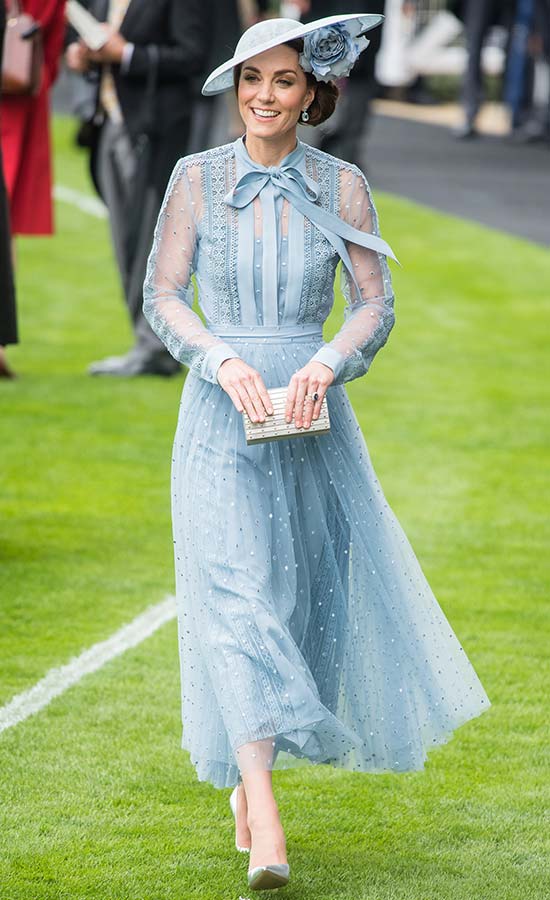 PHOTOS: FROM BABY PRINCE LOUIS TO MEGHAN'S RETURN – THE BEST PICS FROM TROOPING THE COLOUR

As is tradition, the royal extravaganza started with the most regal way to make an entrance – by horse-drawn carriage. This year's lineup was led by the Queen, who shared the ornate ride with King Willem-Alexander and his Argentina-born wife Queen Maxima, as well as Prince Andrew. Two of the royal family's most high profile couples – Prince Charles and the Duchess of Cornwall, and William and Kate – followed in a second carriage, while, the Queen's only daughter, Princess Anne, made her arrival third in the procession, along with Prince Edward and the Countess of Wessex. 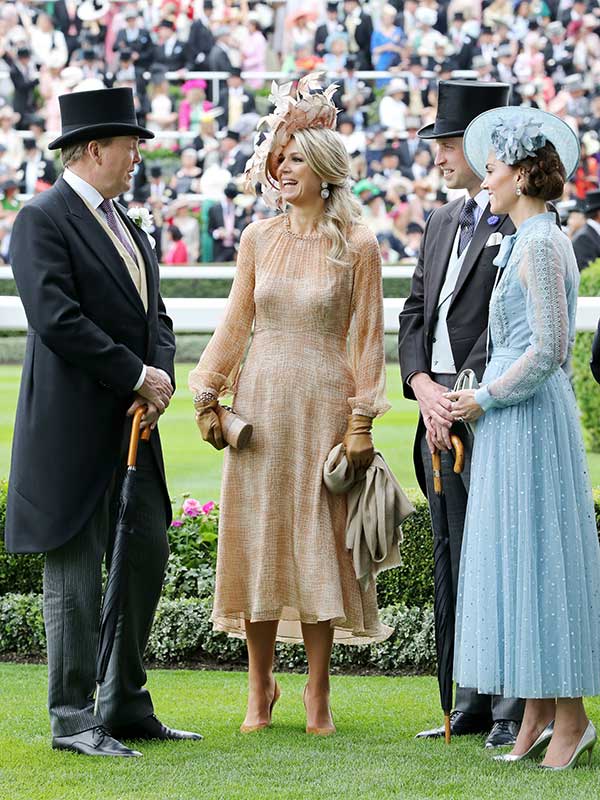 Newlywed Princess Eugenie – who tied the knot with Jack Brooksbank in October – and her older sister Princess Beatrice rounded out the arrivals, taking part in the procession in the last carriage to enter the Ascot venue. 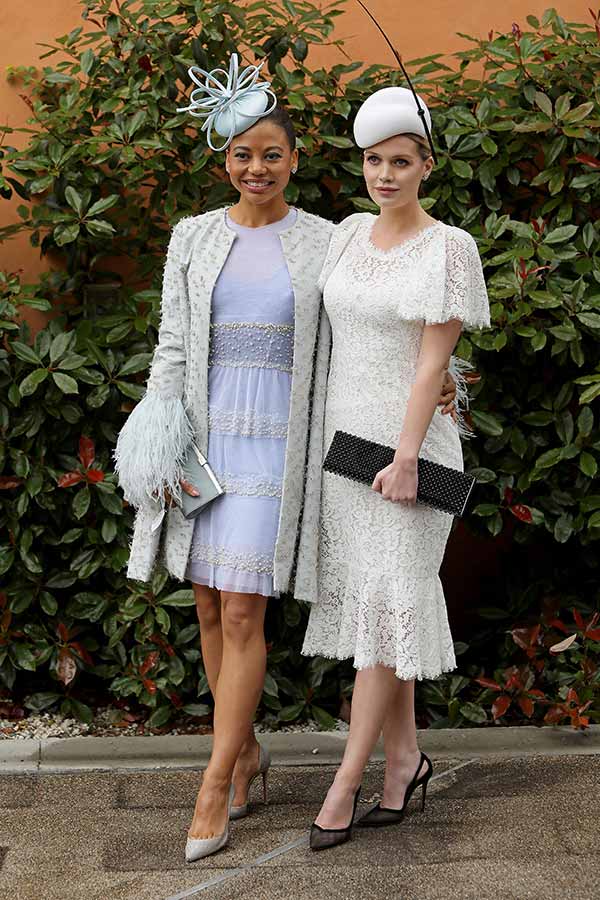 It has been an exciting month for royal watchers, who saw Meghan Markle and Prince Louis make their debuts at Trooping the Colour, and yesterday saw the Queen host Spain's King Felipe and Queen Letizia, as well as the Dutch King and Queen for the centuries' old Order of the Garter ceremony.

The trio of big events – Trooping the Colour, Order of the Garter and Royal Ascot – are just the latest excitement for the royal family, who welcomed their newest member, Meghan and Prince Harry's son Archie Harrison Mountbatten-Windsor, in May.