Royal families unite! On Monday, June 17, the Order of the Garter service took place at Windsor Castle, and many prominent royals came out to join Queen Elizabeth for the special occasion. The event, which honors "the Knights, now both male and female, in recognition for their public service," saw Spanish royals King Felipe and Queen Letizia as well as Dutch royals Queen Maxima and King Willem-Alexander of the Netherlands in attendance and posing with the Queen.

CLICK FOR MORE PICTURES OF THE ORDER OF THE GARTER CEREMONY 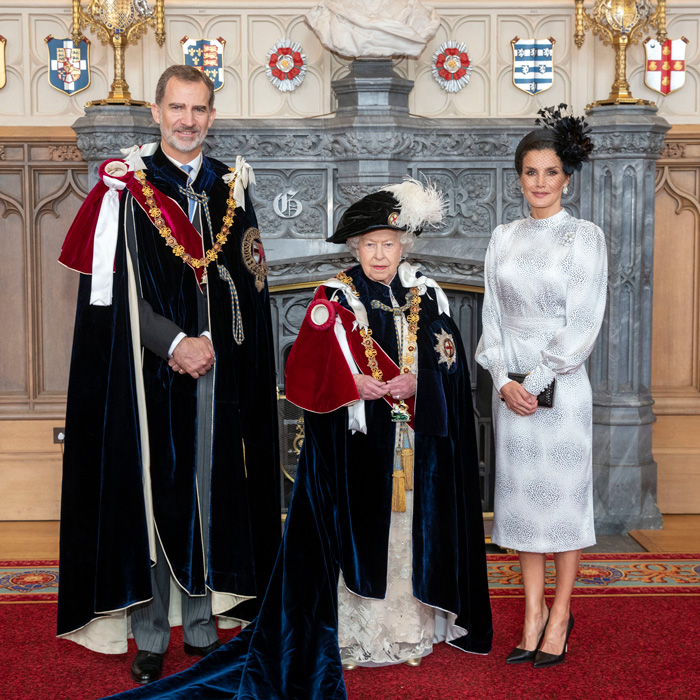 According to the royal family's official website, the Order of the Garter was established by King Edward III nearly 700 years ago and is now considered "the oldest and most senior Order of Chivalry in Britain." The annual event used to honor only the aristocracy, but today "they are chosen from a variety of backgrounds."

In this year's ceremony, both King Felipe VI of Spain and King Willem-Alexander of the Netherlands were honored and invested as supernumerary, or Stranger, Knights of the Garter by Queen Elizabeth. Both royals were joined by their wives and each couple posed with Queen Elizabeth for the special occasion.

MORE: Trooping the Colour 2019: Every must-see photo of the British royal family! 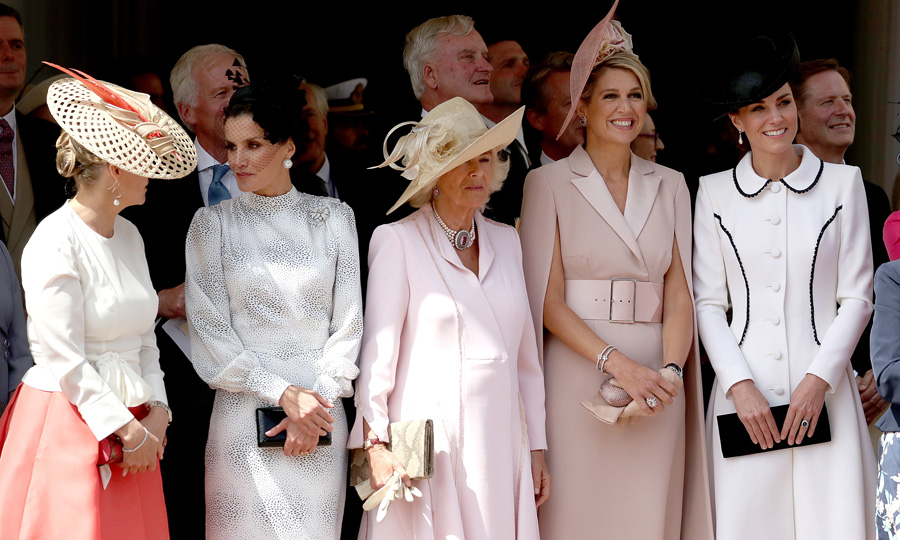 Queen Letizia looked stunning in a long-sleeved polka-dot dress designed by Spanish brand Cherubina, which she accessorized with a simple black clutch, black heels and a black fascinator hat. Queen Maxima opted for a pretty in pastel look, which featured a blush pink dress with an oversized belt and an elegant cape.

Following the service, Queen Elizabeth hosted a lunch for the recipients and their guests and a procession in the grounds of Windsor Castle, which saw Kate Middleton, Sophie, Countess of Wessex and Camilla, Duchess of Cornwall joining the other ladies. One royal who was noticeably absent from the royal event was Meghan Markle, who is still on maternity leave. The Duchess of Sussex made her first royal appearance since giving birth to Archie Harrison at this year's Trooping the Colour. 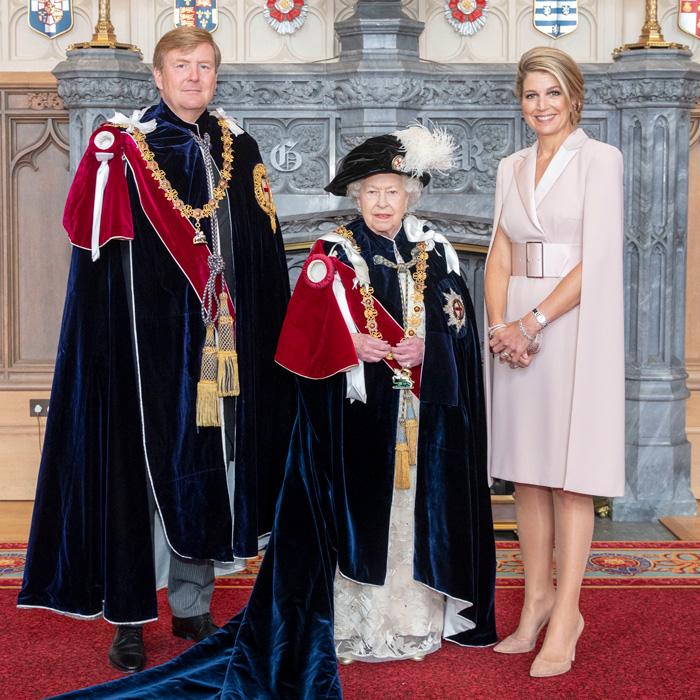 In other royal news, this is how Prince Harry spent his first Father's Day!