Father’s Day is the gift that keeps on giving for royal fans. Hours before Prince Harry shared a delightful new photo of his and Meghan Markle’s baby Archie, Kensington Palace treated us all to the an endearing snapshot of another Duke and royal baby duo on Sunday, June 16. This photo captured Prince William playing with his youngest son Prince Louis on beautiful garden grounds in Chelsea, London. “Happy #FathersDay!” the caption read along with a yellow rose emoji. 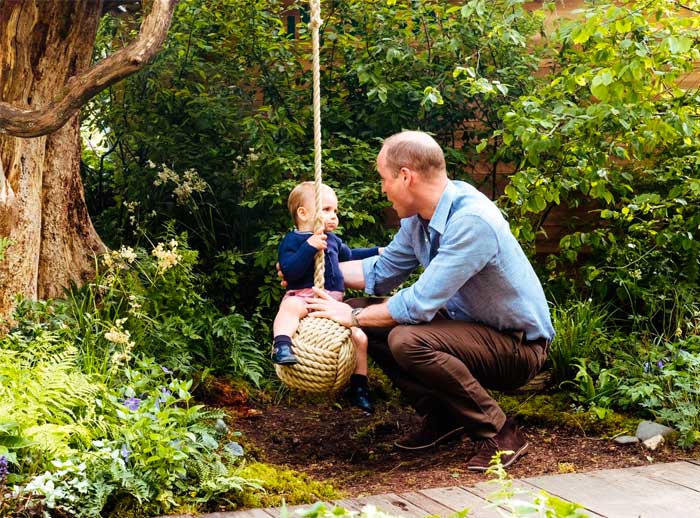 In a kodak moment, William sweetly guides his son through the air on a rope swing. The 36-year-old royal has his arm supporting Louis, who in turn has placed his own little arm on top. Both look into each other’s eyes, with William making a funny face - a clear attempt to get his and Kate Middleton’s son to smile for the picturesque portrait.

Although not new, we're thrilled the heartwarming photo has resurfaced, the sun shining down sublimely on the father-son pair. It was taken back in May at the RHS Garden at the Chelsea Flower show, which was in part designed by the Duchess of Cambridge, herself. 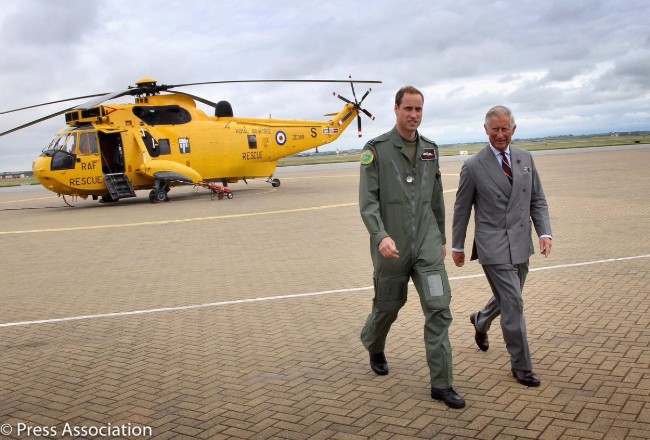 William’s Father's Day homage is a double whammy. It also beautifully pays tribute to his own dad Prince Charles. The palace included a photo of Will during his pilot days, striding away from an RAF helicopter with the Prince of Wales.

GALLERY: Every must-see photo from Trooping the Colour 2019

Princess Diana’s eldest son is thought to be spending the day with his family at home. He recently put his fathering skills on display during a very rare appearance with his family-of-five at Trooping the Colour this year. One-year-old Louis made a colorful debut at the annual outing which is held to celebrate Queen Elizabeth's official birthday. Even with a surprise appearance from Meghan, the youngest Cambridge stole the show waving to crowds and the planes involved in the RAF flypast.