Every year royal fans gather to watch Trooping the Colour – a celebration in honor of Queen Elizabeth’s birthday. As of late, it appears each time the event rolls around, there’s a new family member added to the British royals’ extravaganza, and this time it was Prince Louis. The youngest of the Cambridge clan joined his parents Prince William and Kate Middleton, and older siblings, Prince George and Princess Charlotte on the balcony of Buckingham Palace. The Duchess of Cambridge carried her one-year-old son in her arms as he made his official balcony debut, in a big way! 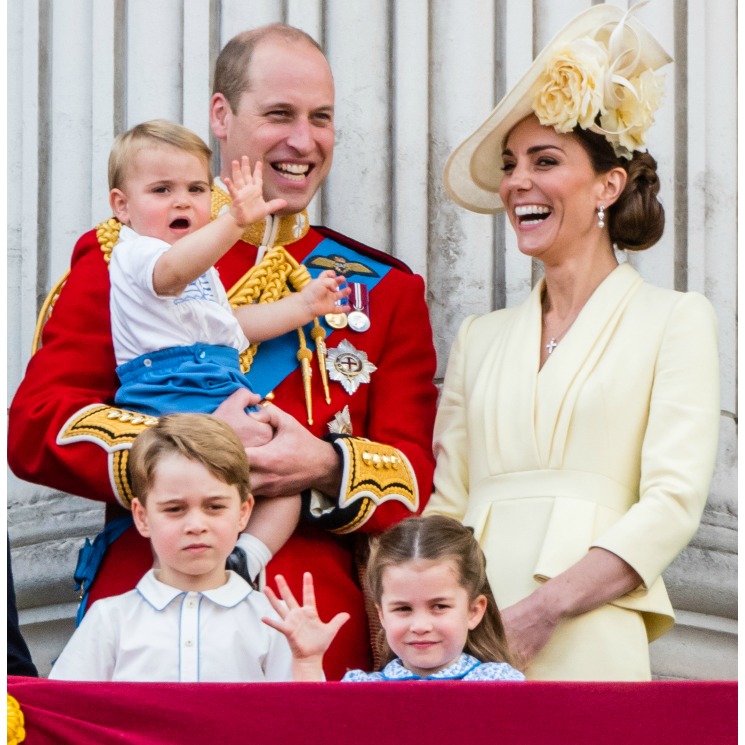 Kate doted on her baby boy, bouncing him up and down in her arms as he flaunted the perfect royal wave! The tiny tot showed off his fun personality as he waved to the crowds and pointed up to the skies, before his mom gave him over to dad Will. The little royal appeared handsome wearing a sweet blue and white ensemble that perfectly matched his siblings, who donned the same hues.

Meanwhile, the children's mom Kate was her stunning self in a gorgeous yellow outfit, designed by her wedding dress designer, Sarah Burton for Alexander McQueen. The stylish royal added a lovely matching yellow fascinator by Philip Treacy, the same one she wore the wedding of the Duke and Duchess of Sussex. William wore his usual formal red regalia and an extra wide smile. 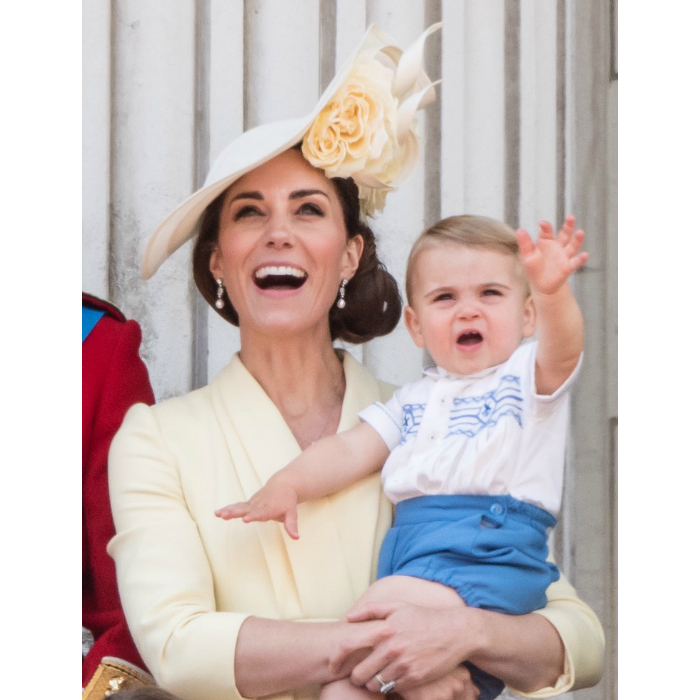 Last year, it was Meghan Markle, who made her debut at the annual event as Prince Harry’s wife. The Duchess of Sussex joined her husband’s family for her and Harry’s first public event as the Duke and Duchess of Sussex. Prior to becoming a new mom, Archie Harrison's mother looked radiant in a peach-colored ensemble with matching hat. This year, she returned and did not disappoint! 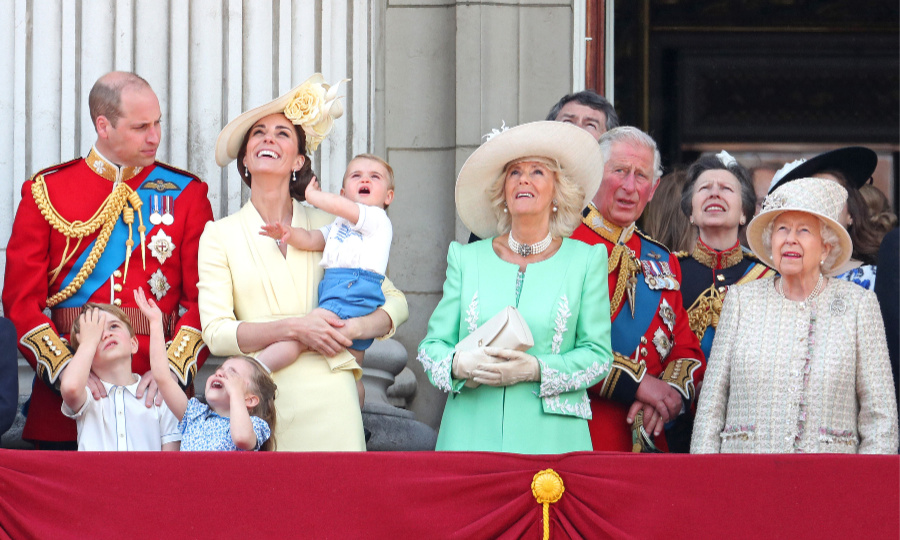 It's a bird, it's a plane, it's the royal family! (watching the RAF fly past)

Even though Prince Louis had yet to appear on the balcony, this isn’t the first time the Cambridges make an official royal appearance as a party of five. Prince William, his wife and their three children stepped out with the British royals and Middleton family for a special occasion once before, and it was none other than for Prince Louis’ christening.

GALLERY: ROYAL KIDS STEAL THE SHOW AT TROOPING THE COLOUR 2018

Almost one year ago, on July 9, 2018, the families gathered at St. James’s Palace to attend the then two-month old’s religious affair. This year, Archie, who turned one-month-old on June 6, 2019, wasn't part of the festivities, but hopefully, we can expect to see him at next year’s event!

In case you missed it, Prince Louis' own first birthday was on April 23, 2019 - check out highlights from the little Prince's big day in the video above!