School is out for the summer, and Princess Estelle is already enjoying down time with her younger brother Prince Oscar. The Swedish Royal Court released three new photos of Crown Princess Victoria and Prince Daniel’s children on Thursday, June 13, basking in summer sunshine. The young Swedish royals posed for the photos on the grounds of their home, Haga Castle. 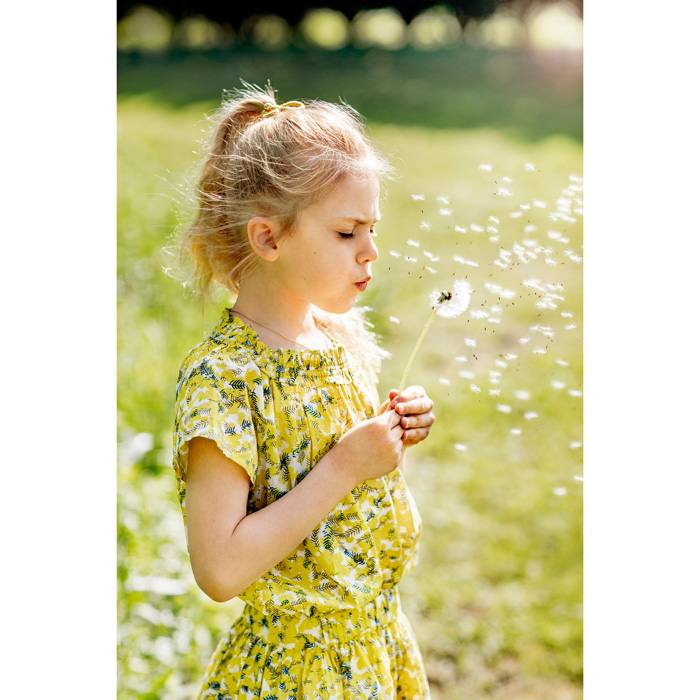 Princess Estelle, seven, wore a fresh and summery printed dress for the pictures, while wearing her long golden tresses up. In one idyllic, candid photo captured by photographer Linda Broström, the future Queen blows on a dandelion in the palace’s gardens. Meanwhile, Crown Princess Victoria’s three-year-old son looks sharp sporting a crisp, blue long-sleeve shirt in a close-up shot. Unlike his big sister, the Prince underwent a wardrobe change for the photo session, slipping into a more relaxed, white short-sleeve shirt for his picture with Estelle.

Oscar, who is the spitting image of his father, beams in the photo flashing a toothy grin, while Estelle stands behind her brother showing off some of her missing baby teeth. Alongside the images, the Swedish Royal Court penned, “Summer holidays!” 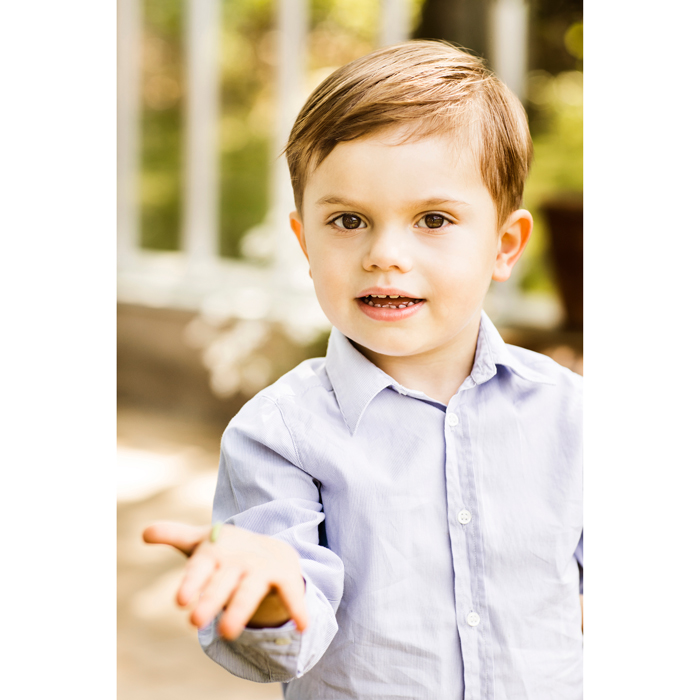 Estelle and Oscar will no doubt continue frolicking outdoors this summer, given that Crown Princess Victoria and Prince Daniel—a former personal trainer and gym owner— are passionate about staying active. The royal couple launched Generation Pep back in 2016. The non-profit organization works to raise awareness and get individuals involved in promoting the health of children. Daniel has previously said, “We enjoy being out in nature.”

The new photos of Estelle and Oscar come on the heels of the young Princess wrapping up her first year of school. Estelle attended her first day of school at Stockholm's Campus Manilla last August. The Princess was accompanied by her proud parents on her big day. Estelle looked eager to learn wearing her backpack, as she smiled walking hand-in-hand with her mom and dad.