Kate Middleton took her love for the outdoors to the small screen, making an appearance on the British children's television show Blue Peter. The Duchess of Cambridge teamed up with the longest running children’s TV programme in the world to launch a special competition that asks viewers to design a sculpture for her "Back to Nature Garden". The winning design will be featured in the royal’s garden when it arrives at RHS Garden Wisley in September. 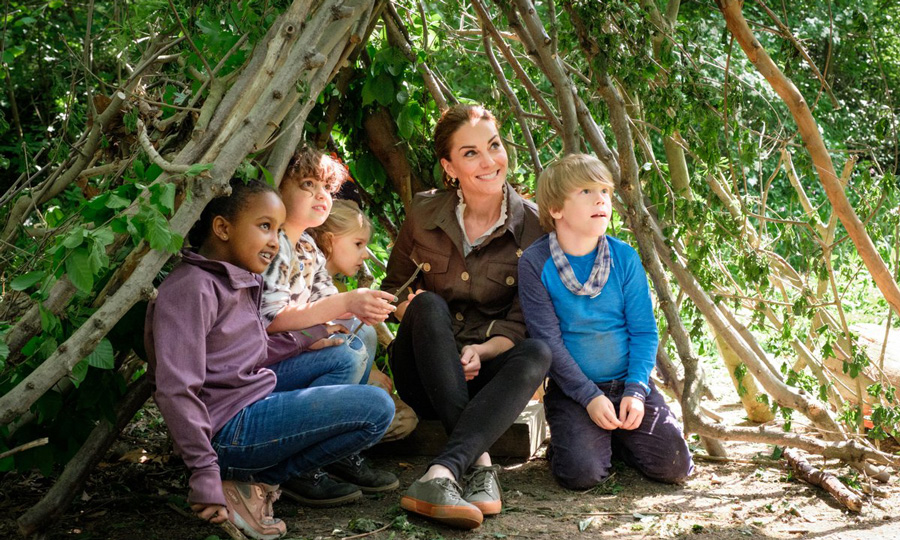 While on the show, the Duchess, 37, participated in an activity known as “pond dipping,” which the mom-of-three admitted is “massively up [her] street.” She also helped plant flowers and led “Team Catherine” in a den building contest with local children. “There’s so many cool things in here,” she said. “All sorts of things you can find if you go looking for them.”

Kate’s cameo on the program is part of her initiative to highlight the benefits of the great outdoors and inspire children, families and communities to get back to nature. The royal is an advocate for the importance of early years and the positive impact that nature and the environment can have on childhood development. "It encourages creativity, confidence and even a short amount of time - 10-15 minutes outside - makes a huge difference to physical well-being but also to our mental well-being,” she told Blue Peter's Lindsey Russell.

The Duchess previously collaborated with the Royal Horticultural Society to design a “Back to Nature Garden” for the Chelsea Flower Show to encourage families and communities to come together and connect with nature. At the time, she told the BBC, “I really feel that nature and being interactive outdoors has huge benefits on our physical and mental wellbeing, particularly for young children.”