The royal family will assemble for one of the biggest events of their calendar year – and one is set to make her way back into the spotlight. On Saturday, June 8, the Queen will be joined by her family for the annual Trooping the Colour ceremony in celebration of her birthday. If you have been missing Meghan Markle, the event will mark her return to the royal stage since welcoming her and Prince Harry’s baby boy, Archie Harrison. This year’s ceremony will be the Duchess of Sussex’s second time standing on the balcony with her family. 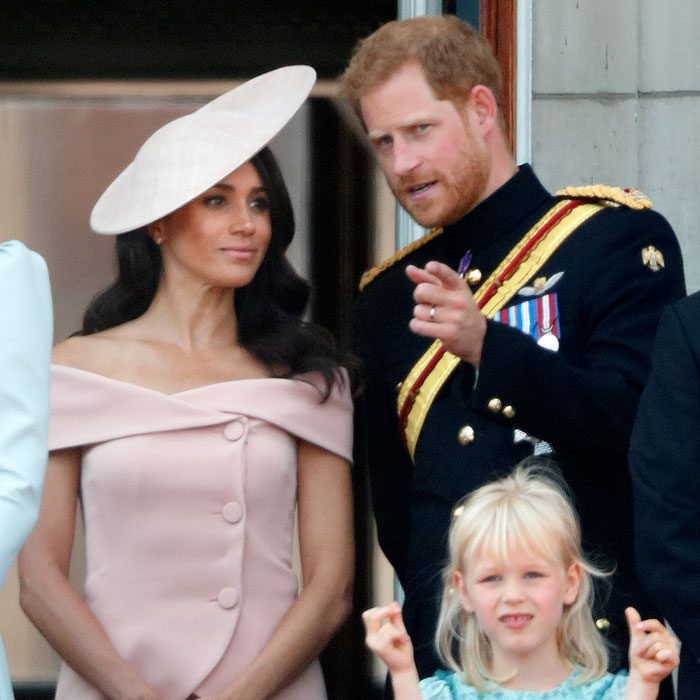 VIEW GALLERY During Meghan Markle's first appearance at the Trooping of the Colour, the Duke of Sussex was seen sweetly coaching her through the ceremony

In 2018 – just three weeks after her royal wedding – the 37-year-old joined Harry, Prince William, Kate Middleton, the Queen and other members on the balcony of Buckingham Palace, after making her way via carriage next to her husband. Meghan stunned in a pink off-the-shoulder dress by Carolina Herrera. All eyes were on the Duchess during her debut. Lucky for her, she didn’t have to go through the milestone alone, as her Prince was there to sweetly guide her through.

MORE: How you can join Meghan Markle and Kate Middleton at the 2019 Trooping the Colour ceremony

The Duke was seen sweetly coaching his wife throughout the ceremony. Cameras captured the moment the 34-year-old Prince made sure his wife was on queue to curtsey to the Queen. Meghan was seen asking Harry, “say when,” in regard to the timing of the gesture. The Duke paused for a brief moment before telling “now,” timing the moment perfectly. Harry also took a second to fill his wife in on the order by telling her “when you get into it, I’ll tell you more later.” 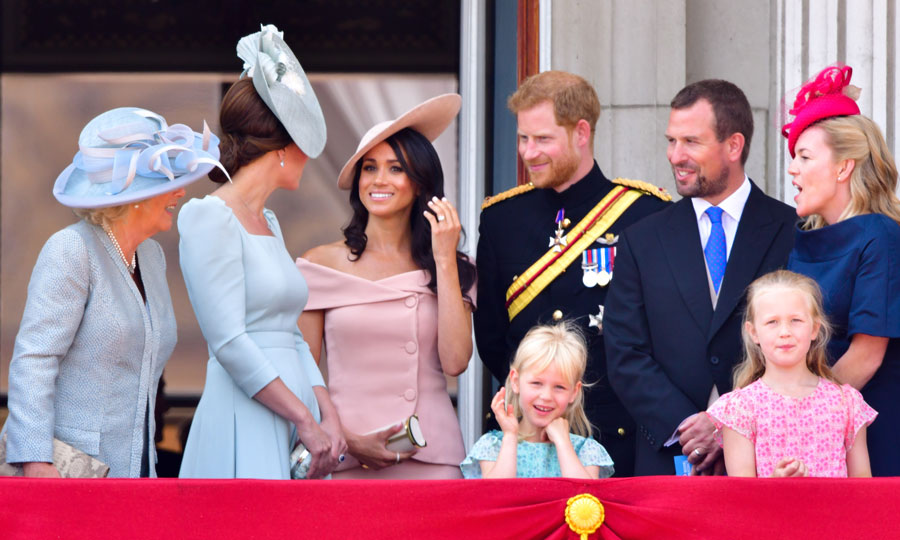 MORE: Meghan Markle's Trooping the Colour look was inspired by one of her celebrity BFFS

Making sure he was on queue once more, the royal sweetly told his wife, “Then there’s the flypast and then we all look up to the sky.” Royal watchers will have all eyes on Archie’s parents as they stand on the balcony together for the second year. Don’t blink, or you may just miss one of their sweet gestures.