Attention, loyal royal fans! If you've been missing Meghan Markle's presence at royal engagements recently, don't fret! The Duchess of Sussex is set to make her second official appearance since she and Prince Harry welcomed their first baby Archie Harrison in a few days. On June 8, you can expect to see the 37-year-old royal at the Trooping the Colour to celebrate Queen Elizabeth's official birthday. 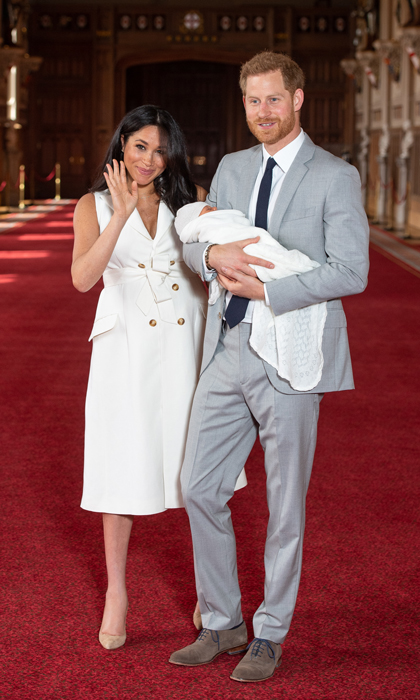 Trooping the Colour is expected to be a grand spectacle. The parade, which is held in honor of the 93-year-old monarch's birthday, will take place from 10am to 12:25pm, and will feature 1450 soldiers of the Household Division and The King’s Troop Royal Horse Artillery, 240 plus soldiers from the 1st Battalion Welsh Guards and up to 400 musicians from the Massed Bands.

Besides Meghan, another royal may make a grand debut at the event. Prince William and Kate Middleton's youngest child Prince Louis is expected to appear at the celebration, which would mark his first official royal engagement.

MORE: Prince Louis could make his grand debut at this special royal event

In 2018, the Duchess of Sussex attended the celebration after her royal wedding to the Duke of Sussex. She looked radiant in a bespoke Carolina Herrera baby pink, off-the-shoulder dress, which she paired with a matching pastel pink hat. Harry, on the other hand, wore his uniform for the special occasion. 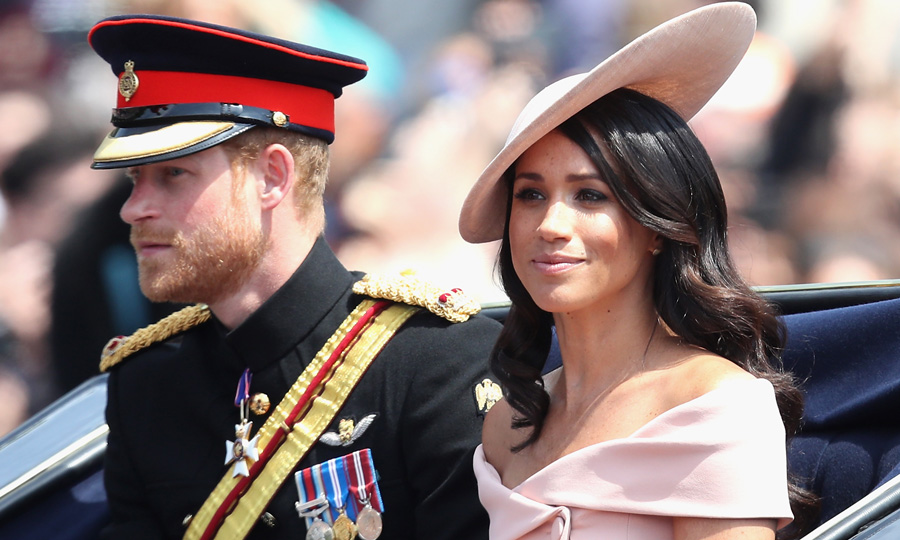 Meghan is currently on maternity leave, but has chosen to attend this special celebration in honor of the Queen. She and Prince Harry welcomed their first baby Archie on May 6, and they introduced him to the world on May 8. “It’s magic,” Meghan said about being a mother. “I mean. I have the two best guys in the world. It’s pretty amazing.” The Duke of Sussex added: "We’re just so thrilled to have our own little bundle of joy and spend some precious times with him as he slowly grows up.”