Prince Louis could be back in the public eye sooner than expected. Prince William and Kate Middleton’s youngest child may join the royal family for the Queen’s Trooping the Colour celebration on June 8. If following in the footsteps of his older brother and sister, Prince George and Princess Charlotte, the one-year-old could make his grand debut at the family-filled event this year. Charlotte, four, was 13-months-old when she wore matching pink and adorably rested in her mother Kate’s arms for the occasion. The little royal gave a little wave to the crowd and took in all of the excitement like a big girl. 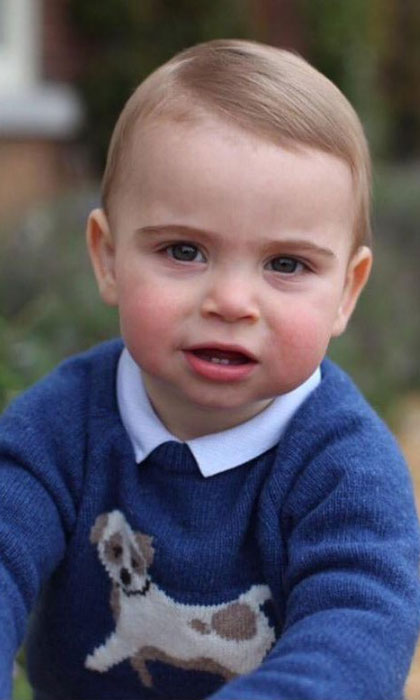 Prince Louis may make his debut alongside the royal family at the Trooping the Colour celebration Photo: @kensingtonroyal

George, five, missed the cut off mark for his first appearance in 2014, as he was only ten-months-old. As a result, the royal was a little over a month away from celebrating his second birthday when he made his debut. In 2018, Louis was in attendance – but didn’t make it out on the balcony. The royal, who was only three-months-old was kept behind the scenes and in the care of the family nanny, Maria Teresa Turrion Borrallo. Throughout the years of the celebration, the royal children have stolen the show.

In the past, William and Prince Harry have waved to the crowds from the balcony alongside their cousins Princesses Beatrice and Eugenie. Harry had one of the more mischievous moments, as he playfully stuck out his tongue while in his mother Princess Diana’s arms. Trouping the Color is held every year in honor of the Queen’s birthday. During the traditional ceremony, the monarch inspects her personal troops.

The annual celebration sees the royal family join the Queen on the balcony of Buckingham Palace Photo: @kensingtonroyal

PRINCE LOUIS IS ADORABLE (AND MOBILE) DURING CHELSEA FLOWER SHOW

Prince William, Princess Anne and Prince Charles have all participated on horseback. Other members of the royal family make their way through the crowds via carriage. The Queen is then joined by her family members on the balcony of Buckingham Palace, where they wave to the crowds of people, before watching the RAF flypast. This year may see the return of Meghan Markle – who has been on maternity leave – after welcoming her and Prince Harry’s first child, Archie Harrison, on May 6.