Prince Harry may have been away from his son – but he was still in daddy mode during his latest engagement. The Duke of Sussex stepped out on Thursday, May 30, for the opening of the ICC Cricket World Cup 2019. The event – which is one of the royal’s personal favorites – is a six-week tournament that hosts the world’s top ten cricket teams. The outing saw the royal in his element, surrounded by groups of children who will be encouraged to participate in sports. 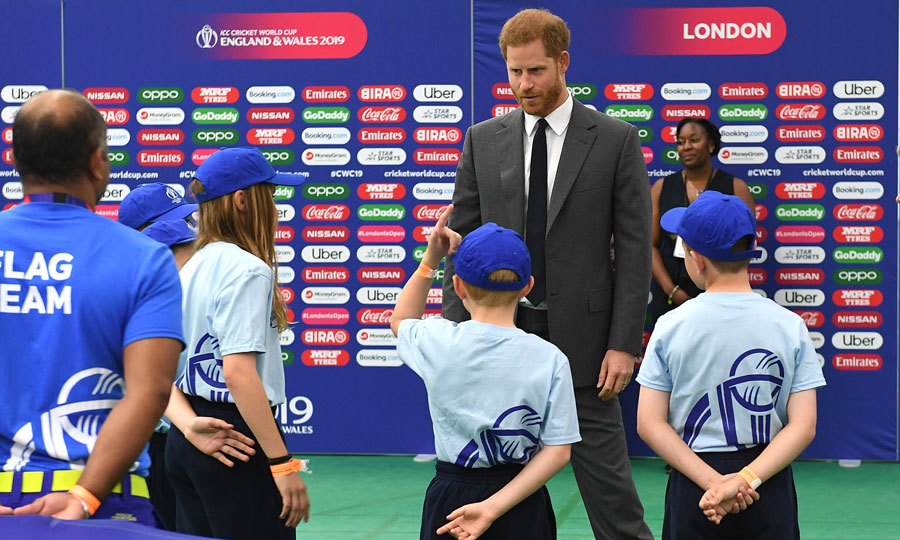 “Tournaments like the @cricketworldup are a huge opportunity to inspire kids all over the world in the power of sport – encouraging them to participate in activity that fosters teamwork, supports an active lifestyle, and builds a deep sense of community,” the post from the royal’s social media account read. Harry was all smiles as he met with the child volunteers – who all wore matching blue shirts and hats. The Duke was seen playfully laughing with the students while taking in the game.

The 34-year-old also spotted a familiar face amongst the youngsters. Harry met a boy who looked like a younger version of him. The Duke was seen trading smiles with a student, who had red hair and freckles. In the photo series posted on the royal’s social media account, an image of the little boy is posted in the slideshow. Although the Duke’s wife, Meghan Markle is on maternity leave, she is still sending her support to the athletes. 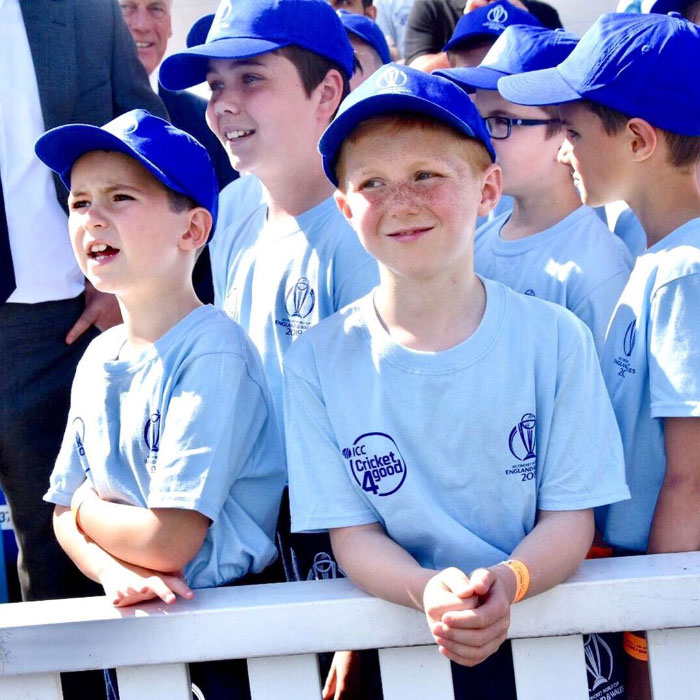 The royal pointed out a little boy at the engagement who looked like a younger version of him Photo: @sussexroyal

MORE: Prince Harry speaks out for the first time since welcoming his baby boy with Meghan Markle

“On behalf of The Duke and Duchess of Sussex, best of luck to everyone taking part in the @ICC Cricket World Cup 2019 - and a big thank you to all those staff and volunteers, supporters and fans who will make these next six weeks so special.” The Duke and Duchess of Sussex welcomed their son Archie Harrison on May 6. Since their baby boy’s arrival, the first time dad has participated in a series of engagements on behalf of his family. During his outings, Harry has still given updates on his little boy.