When Meghan Markle and Prince Harry’s first child arrives this spring, he or she will have a different surname than Prince William’s children – Prince George, Princess Charlotte, and Prince Louis. Unlike most male siblings around the world, who share the same last name, Princess Diana’s sons do not. 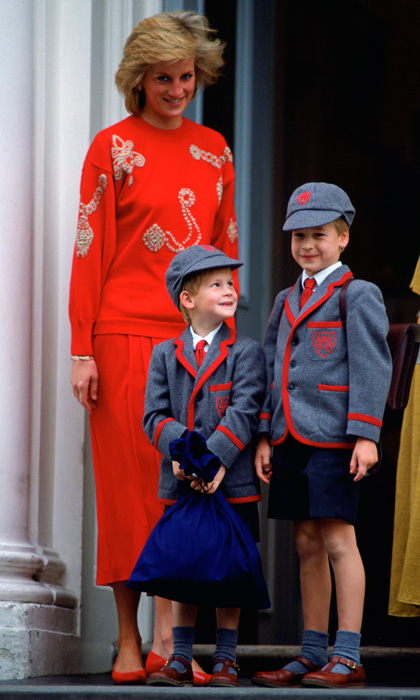 William and Harry grew up with the surname "Wales"

Ahead of his 2011 royal wedding, Queen Elizabeth bestowed the title of Duke of Cambridge on her grandson, Prince William. Thus, Kate Middleton and William's three children all have the last name “Cambridge” – taking after their father’s official title, the Duke of Cambridge. Like his older brother, Prince Harry was gifted a dukedom by Her Majesty prior to his 2018 nuptials, giving him the new royal title of Duke of Sussex. Meghan and her husband’s impending bundle of joy and future children will use the surname “Sussex.”

While they have different surnames now, William and Harry grew up with the surname “Wales,” due to their father Prince Charles’ title, the Prince of Wales. The royal brothers used "Wales" at school, and during their time in the army. The Duchess of Cambridge's husband was known as Lieutenant Wales, while Harry had the rank of Captain Wales. 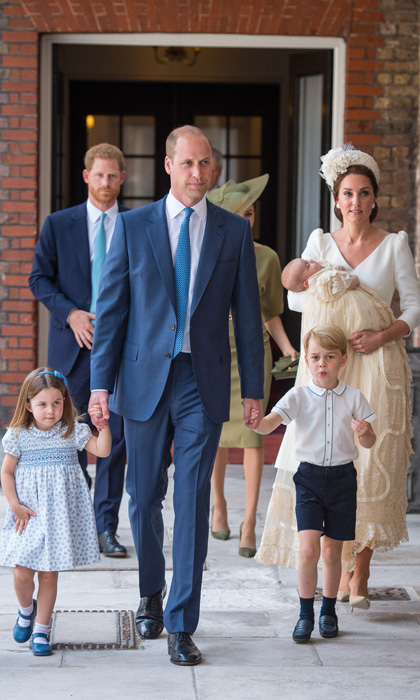 Prince George has followed suit and uses his surname at school. The future King, five, is known as George Cambridge to his classmates at Thomas's Battersea. By the same token, his younger sister Princess Charlotte, three, is also known at her nursery as Charlotte Cambridge.

Although William’s children use surnames at school, members of the royal family do not traditionally use a surname; rather they are simply known by their first name, or title in the public eye, and His or Her Royal Highness. However, as descendants of Queen Elizabeth, royal family members can take the surname “Mountbatten-Windsor.” In 1960, Her Majesty and husband Prince Philip decided that they would like their direct descendants to be "distinguished from the rest of the royal family" without changing the name of the royal house since Windsor is used by all male and unmarried female descendants of George V. Therefore, it was declared that Queen Elizabeth’s descendants would carry the name of Mountbatten-Windsor, to reflect both Her Majesty and Philip’s last names.