Charlotte Casiraghi has joined the latest viral challenge for a great cause. The Monaco royal offered her voice for her friend Stella McCartney’s latest initiative. The 32-year-old royal was featured on the designer’s Instagram page, accepting the There She Grows Challenge and making a special dedication her sister. “Today I join the Stella McCartney There She Grows campaign dedicating my tree to my sister Alexandra and challenging my friend Alexia to participate,” she said. “The Stella Foundation will make a donation to save a tree in her name. Help us raise awareness to the Leser Esocsytem by dedicating a tree on Instagram with the words, There She Grows.” 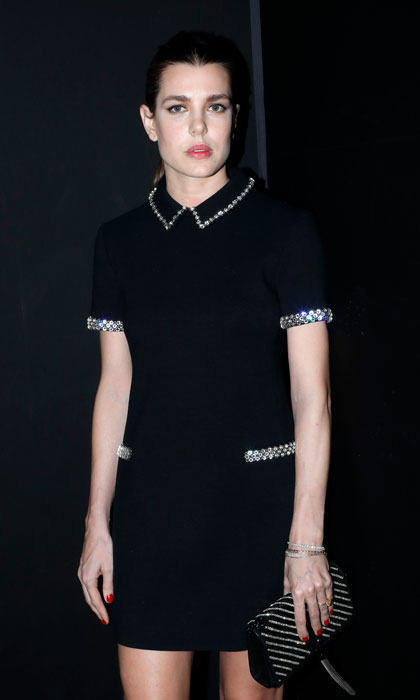 In the video, Charlotte smiles in the camera as she makes her statement. Stella enlisted the help of a host of famous faces for her campaign. Justin Timberlake, Kris Jenner, Heidi Klum Alicia Keys and more celebs participated in the initiative. Stella’s objective is to use the funds raised to make a donation to Canopy Planet – the last surviving ecosystem in the planet that houses elephants, rhinos, tigers and orangutans.

WHO'S WHO: THE WOMEN OF THE MONACO ROYAL FAMILY

Charlotte’s appearance on social media is rare. Prince Albert’s niece, who is set to wed fiancé Dimitri Rassam this year – does not have her own personal account. The royal rounded out her 2018 by welcoming her and Dimitri’s four-month-old son Balthazar. Charlotte, who is also mother to five-year-old Raphael, was spotted in February, sitting front row at the Saint Laurent presentation with Salma Hayek.

MORE: Charlotte Casiraghi steps in front of the camera for this glamourous campaign

The lowkey royal was the star of the fashion house’s fall campaign in May. Grace Kelly’s granddaughter was sultry in the black and white ad as she showed off the Betty bag. Charlotte effortlessly paired the bag with a black cowboy shirt and making black jeans.