International Women's Day got off to a flying start for Meghan Markle with the exciting news of a special new role - gifted to her by Queen Elizabeth. The pregnant royal - who is expected to welcome the royal baby next month - has been made Vice President of The Queen's Commonwealth Trust - which helps young people across the globe help make the world a better place. Kensington Palace announced Meghan's new job on Friday with the following statement: The Duchess of Sussex will today become Vice President of The Queen’s Commonwealth Trust. The trust, of which Her Majesty the Queen is Patron and the Duke of Sussex is President, exists to champion, fund and connect young leaders around the world who are driving positive social change, serving their communities and providing hope, work and self-employment opportunities for others." 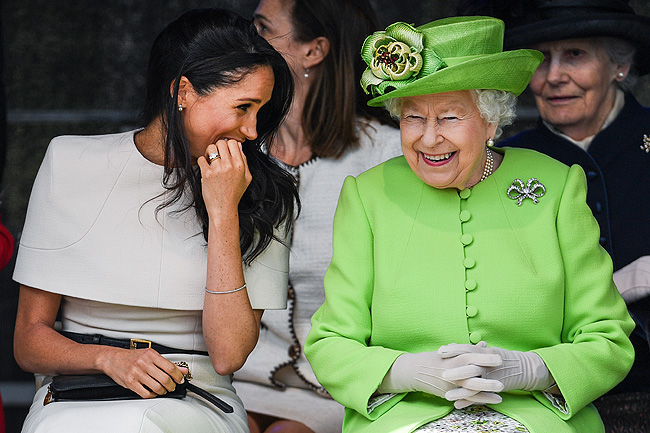 It's an ideal position for Meghan, who has long identified herself as a proud feminist. "In this new role, the Duchess will highlight the trust's partnerships with young people across the Commonwealth, and in particular its work supporting women and girls," said a spokesperson from the trust. The 37-year-old's new appointment was revealed hours before she was set to join a discussion panel hosted by the trust about female empowerment to mark International Women's Day.

The American member of the British royal family will appear alongside singer Annie Lennox, former prime minister of Australia Julia Gillard and others to debate a range of issues affecting women today. The group will also chat about the positive opportunities that come when women are given wider access and equal opportunities. The former Suits star has made women's empowerment a key part of her campaigning work and during her royal tour of Morocco, with husband Prince Harry, told a group of female executives and entrepreneurs: "Women have to challenge everywhere in the world."