Queen Elizabeth is the newest Instagram influencer! The British monarch wrote her first Instagram post in celebration of her latest engagement. On Thursday, March 7, the 92-year-old paid a visit to London’s Science Museum. After her engagement, the royal posted a photo of a letter from the royal archives that was given to her great-great-grandfather Prince Albert in 1843 by computer pioneer Charles Babbage. “Today, as I visit the Science Museum I was interested to discover a letter from the Royal Archives, written in 1843 to my great-great-grandfather Prince Albert,” she captioned a photo of the letter. “ 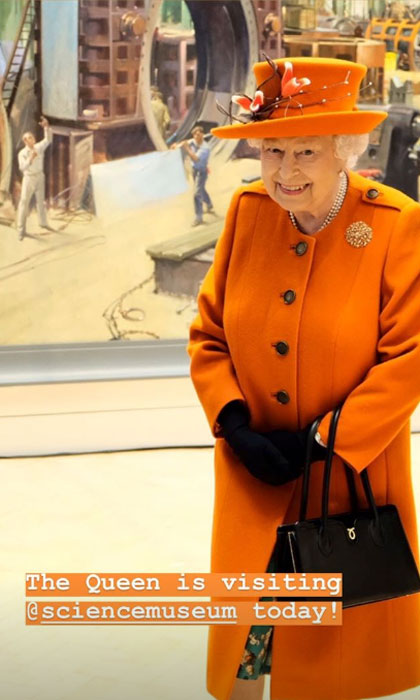 "Charles Babbage, credited as the world’s first computer pioneer, designed the “Difference Engine”, of which Prince Albert had the opportunity to see a prototype in July 1843.” The Queen’s post went on to explain how Charles told Albert and Queen Victoria about his first invention, the “Analytical Engine.”

MORE: The British royals have a fancy night out at Buckingham Palace

The Monarch gave more details about her royal visit – and how it inspired her to hop online. “Today, I had the pleasure of learning about children’s computer coding initiatives and it seems fitting to me that I publish this Instagram post, at the Science Museum which has long championed technology, innovation and inspired the next generation of inventors. Elizabeth R.”

The Royal Family Instagram account documented various moments from the Queen’s trip. Prince William and Prince Harry’s grandmother was all smiles as she posed for a picture for Instagram stories. The longest ruling monarch wore a vibrant orange suit and hat as she spoke with various students and educators at the museum. Queen Elizabeth’s post comes 43 years after she sent her first email, and the same week that the palace announced new guidelines for interacting with the royal family on social media. 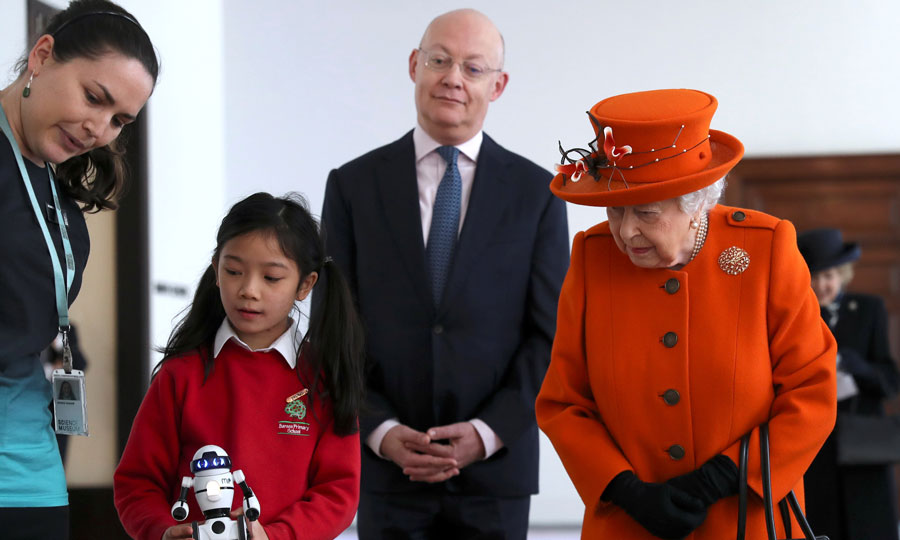 The royal was inspired to post after visiting students who are learning to code Photo: Getty Images

MORE: You'll never guess what this little boy did when he met the Queen