Kate Middleton might be ready for baby number four! The Duchess of Cambridge was left with a little bit of baby fever, after meeting a tiny royal fan on Thursday, February 28. During her walkabout in Ballymena for the second day of her and Prince William’s royal tour of Northern Ireland, the Duchess was asked if she wants to be a mother again, after meeting five-month-old James. “He’s gorgeous. It makes me feel broody,” she told the baby's father Alan. As for having another child – the Duchess doesn’t think her husband is up for the idea. “I think William would be a little worried.” 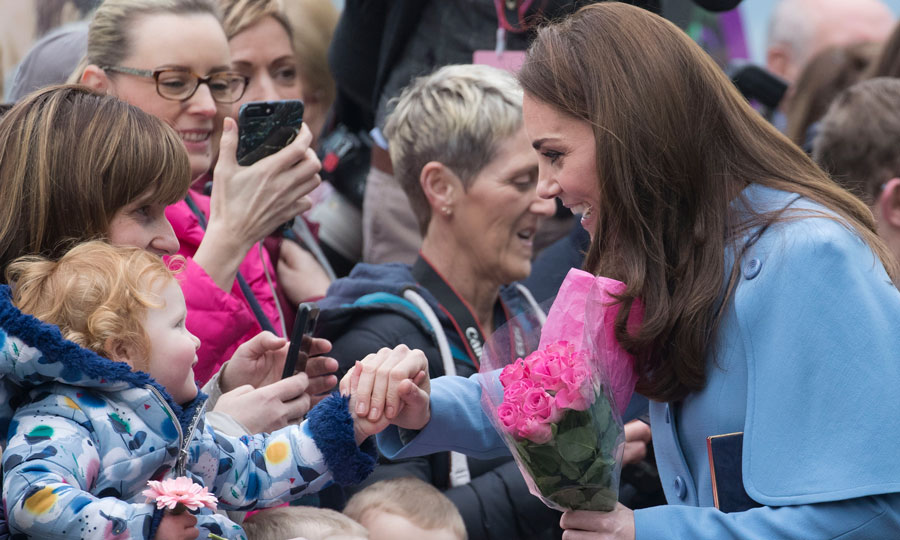 William, 36, and Kate, 37, are parents to Prince George, five, Princess Charlotte, three, and Prince Louis – who will celebrate his first birthday in April. Although their children were away at home in England, Kate had enough motherly love to go around. The Duchess, who wore a powder blue coat by Mulberry for the outing – stopped to chat with a nine-year-old girl who is working on a biography about her. After being asked if she likes “being a princess” and the size of the palace, Kate shared the most important part of her job.

“I love working with young people,” she told Hannah Ritchie. “Everyone is so brave and strong in some of the places we go.” The royal also wished the little lady luck on her biography. William and Kate began their unannounced trip to Northern Ireland on Wednesday, February 27. The Duke and Duchess’ visit came after they spent a week away at their Anmer Hall country home in Norfolk with their children. 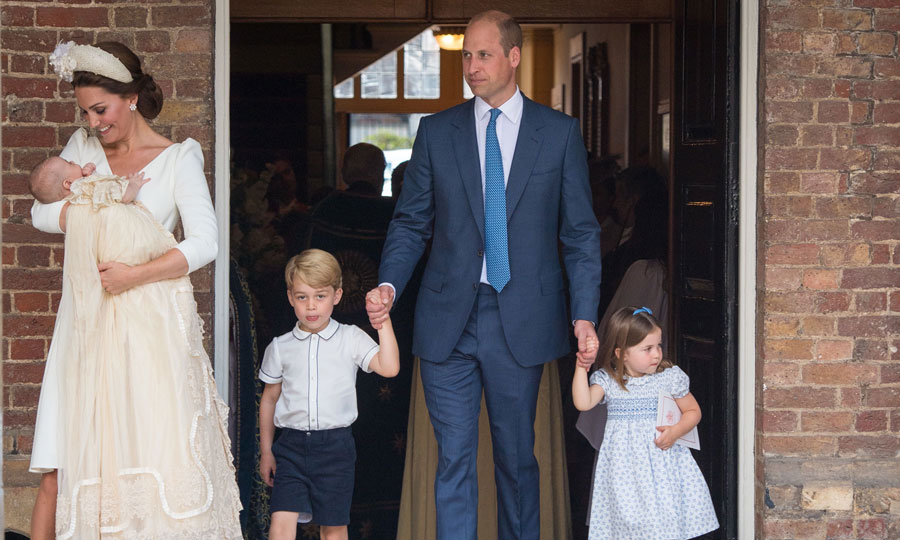 The Duchess and Duke are parents to three children Photo: Getty Images

Earlier this month, the Duchess opened up about her close bond with her family. During a visit to Lavender Primary School, the mother-of-three melted everyone’s hearts when she shared what makes her feel happy.  “This is a photograph of my family," the Duchess of Cambridge told the young students. "These are my children and this is my husband. And my family makes me feel happy. And we like playing outside together and spending lots of time together as a family, and that makes me feel very happy.”