Prince Harry sported a look we haven’t seen in a while! On Thursday, February 14, the Duke of Sussex traded in his tux for military attire during his visit to Norway. Harry, who is the Captain General of the Royal Marines suited up in camouflage gear as he met with deployed servicemen inside the Arctic Circle in North Norway. Harry dressed in head-to-toe camo, wearing a full set with black boots and beret – matching the troops. Harry also took on the cold temperatures in a matching overcoat. 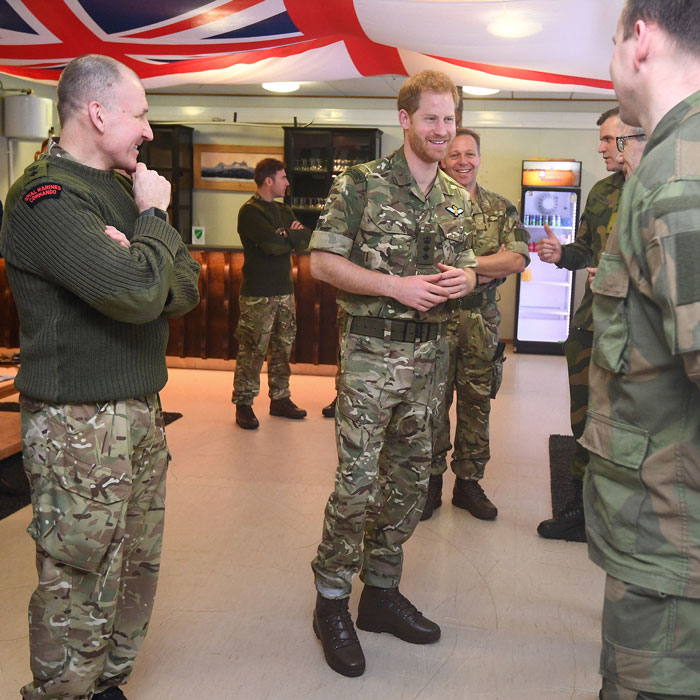 MORE: Prince Harry and Meghan Markle are going on a working honeymoon in Africa

During the engagement, on the frigid Exercise Clockwork base, the Duke got a briefing on one of the major operations in Bardufoss. Harry also joined the soldiers during a cold weather exercise. The military men are trained to learn how to fight and opererate aircraft in the extreme cold. Harry got a chilly, but warm, welcome as he joined LCpl Parker and AB Burns inside of the Quinzhee Shelter. Inside the igloo, the 34-year-old was surprised to see candles and photos from his May 2018 wedding with wife Meghan Markle. 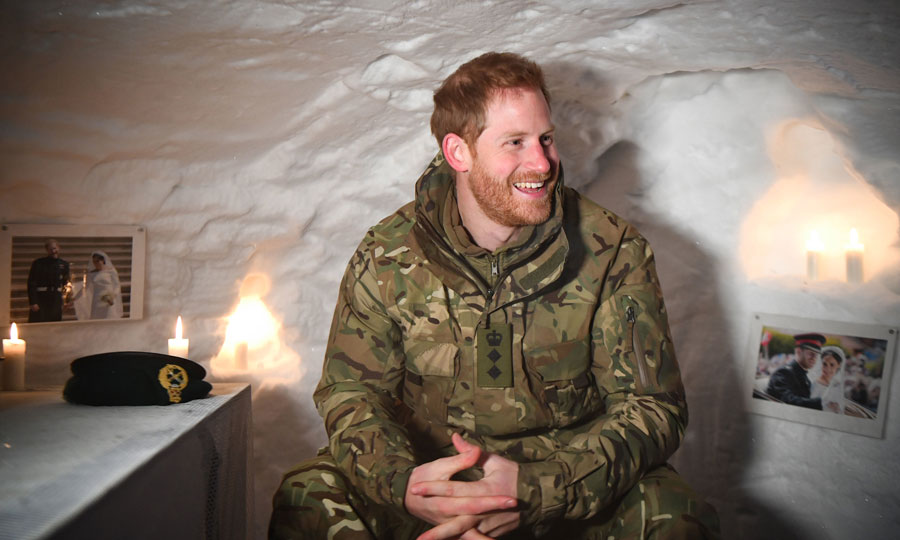 The Duke of Sussex got a warm welcome inside of a shelter Photo: Getty Images

Prince Harry, who served in the armed forces for ten years, has worn uniforms for host of royal engagements. The Duke chose to wear a sentimental uniform for his royal wedding. For the occasion, Harry got permission from his grandmother, The Queen to wear his Blues and Royals uniform. Prior to his military outing, Harry dressed to the nines as he attended a special reception for England’s Rugby’s Try for change program. 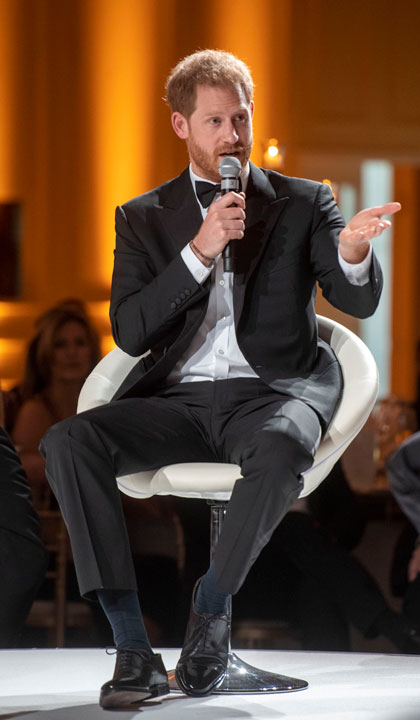 Harry wore a tux the day before at a rugby reception Photo: Getty Images

Earlier this week, Harry got dapper alongside his wife, who is expecting their first child. The Duke and Duchess of Sussex attended the gala performance of The Wilder Earth at the Natural History Museum. The parents-to-be were a handsome pair as Harry worn his classic dark suit and tie combo. Meghan was the perfect complement, dressing her bump in an all-white Givenchy ensemble.